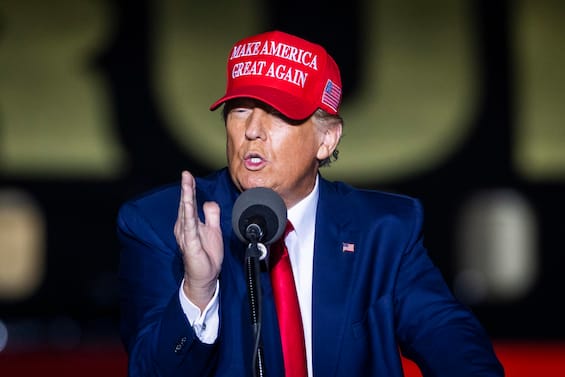 The civil trial of Donald Trump and his children for tax fraud will begin on October 2, 2023, 13 months before the next US presidential elections. The US Supreme Court has denied the former president’s request to block the delivery of his tax returns.

The Court gave the ‘green light’ for the delivery of the documents to a House Committee, the ‘Ways and Means’, which is investigating the possible tax violations of the ‘tycoon’ and which has been looking for these documents for years (a commission led by the Democrats ). The green light means the Treasury can turn over six years of tax returns from Trump and some of his companies. The Court issued the ruling unanimously.

New York State Supreme Court Justice Arthur Engoron has scheduled the October 2, 2023 start of the trial of Donald Trump, his company, the Trump Organization, and three children Donald Jr, Ivanka and Eric, accused of making up the value of their properties and tax fraud in order to access hundreds of millions of dollars in financing from the banks. The date of the trial, which will see Trump forced to appear in the courtroom to testify, falls just thirteen months after the presidential elections in which the tycoon is a candidate. Alina Habba, one of the lawyers representing the former president, announced that Trump will not shirk: “My clients will be there, all of them”.

The trial represents the conclusion of a three-year investigation led by State Attorney General Letitia James. The Attorney General has accused Trump and his children of inflating the value of some properties, declaring falsehoods in a series of tax documents ranging from 2011 to 2021. The Trumps have always denied every accusation and have counterattacked, calling James a person “moved by political motivations” and “seeking revenge”. During the last hearing, there was also a tough clash with the Trump lawyer. After Habba accused James of being “biased,” the judge told her, “She’s made these arguments before and she’s lost.” Habba called the judge’s words “inappropriate”. “She-she added she-she has a clear bias against our client, and she’s had it for a year and a half.”