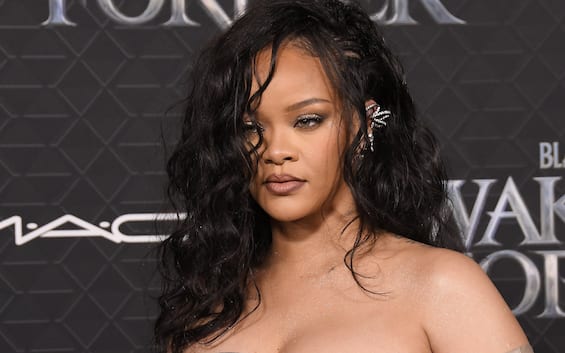 Bad news for fans of Rihanna, which has not left any openings to those who hoped for a new album six years after the last album. The singer has said she is currently focused only on her next show at the Super Bowl, which will be held on February 12, 2023 at the State Farm Stadium in Glendale and which is one of those rare moments that can stop America (and beyond). .

In recent years Rihanna has taken a break from creating new music but never really stopped, taking care of her loved ones and her lucrative side businesses. A lot has changed since 2016, when Riri dominated the charts with the album Anti and hit like Work. Today the Barbadian artist has stopped being “only” one of the most important pop stars of her generation: she became a mother and increased her income with various entrepreneurial activities in various sectors such as fashion and the world of beauty. The results were extraordinary, guaranteeing the author of Umbrella a place among America’s richest personalities. Rihanna even took home the distinction of the youngest billionaire in the United States at 34 in the last year, also being cited by Forbes as an example of a woman who “made herself”. Even the rapper and his pygmalion Jay-Z recently highlighted Rihanna’s ability to build her own success, celebrating in a tweet the choice of Riri as the leading artist in the show of the next Super Bowl: “He is a generational talent, a woman of humble origins who surpassed all expectations, she made herself in the music industry and in business ”.

Rihanna will perform during the break of the biggest match of the year for the first time this February and the emotion is great for her too: “I still feel the pressure to perform live. I’m nervous on every stage, but especially when it comes to live TV. It doesn’t allow replicas, so you have to do it right … I tremble at the very idea, but I can’t wait to face this challenge, ”said the Barbadian singer. Riri then added that preparing for the event is a very heavy commitment, so much so that it distracts her from the idea of ​​producing new music in the near future: “I will not bring new music. The Super Bowl is one thing and new music is another. Did you hear right fans? Because I know how it will turn out … When I announced my participation in the Super Bowl I said to myself ‘oh my God they will think my record is about to come out’. I have to get back to work, I know. I’ll make some new music, you’ll see. But now I think of the Super Bowl which is one of the largest stages in the world ”. A few years ago Rihanna had refused the invitation to participate in the half-time show in solidarity with the then quarterback of the San Francisco 49ers Colin Kaepernick (who in 2016 knelt during the anthem to protest against the actions of the police on blacks and was fined). Today, paradoxically, another surprise renunciation could have contributed to giving her the opportunity to finally take the coveted space: that of Taylor Swift.

Let’s console ourselves with Lift Me Up

Just the blonde colleague, fresh from the success of the album Midnights, is dueling in the standings with Rihanna in recent weeks. In fact, the latter is not willing to work on an album but in the meantime she has interrupted the prolonged silence on the record with Lift Me Upa song created for the cinecomic soundtrack Black Panther: Wakanda Forever and that is already a full-blown hit. The somewhat surprising release of this single had deluded many admirers, convinced that it was just an appetizer in view of the big comeback. But Rihanna wants to take her time and do things right, giving every commitment the right weight. Who are we to rush you?