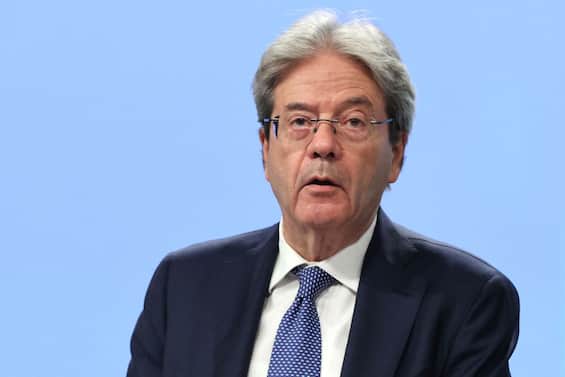 The EU Commissioner at the CL event: “We are not condemned to austerity. We need prudence, but we have a 40 billion a year plan linked to investments and reforms”. And on Ukraine: “Putin can use the energy weapon even more than he has done so far, so energy saving as well as policies to support the most vulnerable families by governments is essential”

Until 25 August, Italian politics moved to Rimini, for the six-day meeting with an edition in full election campaign in view of the vote on 25 September, exactly one month after the conclusion of the ciellina kermesse. The European Commissioner for Economic Affairs, Paolo Gentiloni, spoke on Saturday afternoon: “We are not condemned to austerity. We need prudence, but we have a 40 billion a year plan linked to investments and reforms”, said the former minister. “We live in the time of uncertainty, the key word and dominant in all scenarios, but also the time of rediscovering our fragility. The European project” was born “from the refusal of war, but that refusal is never definitive”, he explained. For Gentiloni “woe to underestimate the recovery plans and woe to ignore the fact that the baccalaureate exam for the European Union will be mainly in Italian”. “The success of this plan will be determined to a very large extent by the fact that Italy will be successful in its recovery and resilience plan”, he stressed. “Without an Italian success the success of this European program is impossible” then said the commissioner for economic affairs.

“We go on, corrections are made on the run”

“We need to accelerate plans, not rethink or start over. If there is something concrete to change, the doors to Brussels are open: but for limited things, not to start over a program on which the fate of the European economy depends “Gentiloni said again. “If we have to correct we correct, but we don’t have to start from scratch”, he pressed. “We are going through very troubled waters as a European economy, with inflation and high energy costs, but we still have the possibility to bet on the fact that a certain level of growth can be maintained. It depends on the NRP,” continued Gentiloni. The appeal of the Commission is “let’s implement this Next Generation EU program. Never before has these resources been essential. We can discuss some concrete targeted adjustments with the various governments, someone has already asked us, but we are not starting from scratch: yes it goes on and the corrections to be made, if necessary, are made in the running “, he further argued.

“Putin can use the energy weapon even more”

On the energy resources front, concluded the former prime minister, “so far so good, in the sense that we have good storage levels and we can look to the winter without excessive pessimism, but there is no doubt that Putin can use the energy weapon even more than it has done so far, so energy saving as well as policies to support the most vulnerable families by governments is essential “. In any case, he added, “there is a European consumption reduction plan that establishes a common reduction of 15%, then it is diversified from country to country, and I think it is very important for all political authorities in all countries. Europeans to appeal, as far as possible, to thrift on energy consumption “.