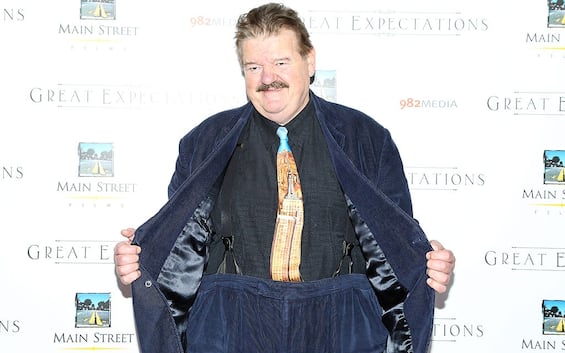 Robbie Coltrane, a Scottish actor with a long film career made particularly popular all over the world by the role of Rubeus Hagrid, the giant and good-natured keeper of the Harry Potter saga, has died at the age of 72. To confirm the disappearance of him to the site Deadline was his agent. Coltrane died while hospitalized in a hospital near his home in Larbert, Scotland. He had been sick for two years.

A long and rich career

The actor hadn’t just starred in Harry Potterhad also played important roles in other major Hollywood productions such as Goldeneye And The world is not enough (seventeenth and nineteenth films in the James Bond saga), The True Story of Jack the Ripper – From Hell And Ocean’s Twelve. In addition to Soderbergh, Cuarón and Yates, it was also directed by Kenneth Branagh in the film adaptation of Shakespeare’s Henry V.

His film career began in 1980, in his thirties, with Live Death by Bernard Tavernier, his last film had been Effie Gray – Story of a Scandal, directed by Richard Laxton in 2014. He then went on to work on several television productions. In particular, he had achieved great success at home thanks to the role of forensic psychologist Dr. Edward Fitz Coltrane in the TV series Cracker, for which he had won three consecutive BAFTAs for best actor.

AN ART NAME IN HONOR OF JOHN COLTRANE

His real name was Anthony Robert McMillan, but in his early twenties he chose to take the stage name of Coltrane in honor of the great jazz saxophonist John Coltrane. In 1980 he had also starred in Flash Gordon.