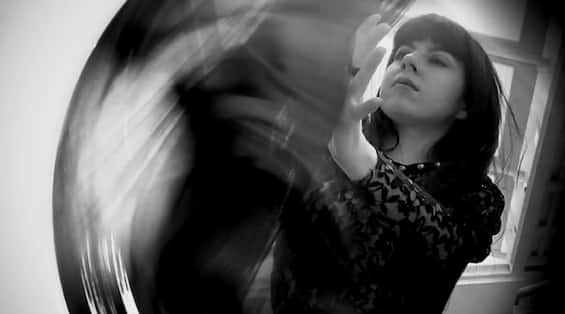 Art is visionary, art is freedom, art is divine but if there is no one who gives it an earthly dimension it remains suspended. Roberta Yellow, in his “juggling” against the current, he dresses music with poetry. Brings balance between black and white, the pure and the impure, the divine and the profane. Alchemy is realized in his latest record Songs from the Museum.

Roberta let’s start from the importance, or from the limit, of being Bolognese and being an artist: how do you live it? The sum of it all is That’s why I’m staying here?

I am happy to say that Bologna is the city of my heart, it is the pure truth. It is a city that, as a Marche region, welcomed me. I did the first concerts here and he confirmed my welcome. Do you think that I have never performed a concert in a square in Senigallia and I wonder, now that I have traveled a bit of the world, why have they ever organized a concert in a theater for me. Here I have met great personalities and each time it gives me the stimulus to create. Here culture is important, the municipality, this summer, organized about 6 thousand events, many of which are free. Then I have an experimental art that involves more inaccessible paths. Here it is possible, it is a city that believes in anomalous artists.
Your hands shook when it was given to you The Song of the Washing Machine? Thinking it was meant for Lucio Dalla.

I had a human and friendly relationship with Lucio. Knowing who produced me and involved me in a thousand things makes it easier for me to sing it because I have the blessing of him. I am a believer in my own way, as they say in Piazza Grande, certain things happen because there is a benevolence that comes from other parts. I had a great sense of responsibility to work it, Antonio Bagnoli gave me some lyrics and I chose the ones that already inspired me a sound world. Too much trembling means getting close to something you’re not ready for. Heaven conspired to make this happen.
At the end of the piece there are vocalizations: a tribute to Lucio? There are also in I had been raised by monkeys and in many other pieces of yours.

When I was little and I did the first tests as a teenage singer-songwriter, someone told me that I remembered Lucio. At the time I knew him little, I thought more of Lucio di Caruso. Maybe I was already inspired by him unconsciously. Evidently a nature similar to his was there before he had defiled me. When I met him, I no longer understood the boundary between what I learned and what was part of me. I can say that I learned from him the approach to life and the self-determining courage in his choices. Who knows if in this passage he has transmitted to me that sense of grotesque that is combined with that of a nineteenth-century damina.
Two souls, one white and one black who, despite their dramaturgy remain sensual: what do they represent?

Balance arises from thrusts towards opposites. All my poetics are here. A balance both in life and on stage with these two opposite and complementary colors. For me it is a necessity to combine two sides of the same coin.
Make mistakes and learn is that your mantra?

Lucio told me. We were at Mauro Malavasi’s house and we were thinking about Web Love Story. There was a sentence with a subjunctive that he wanted coarser, he told me to get it wrong every now and then. It was a funny little theater that left me a great lesson: every now and then falling to the ground helps dialogue. I understood that on stage you can also make mistakes, have the courage not to do the homework and free expressive freedom. I was too careful a teacher and now I’m free.
Are you afraid that your nostalgia will be stolen or would it be a liberation?

It is the abandonment of the soul from the body that returns to that land of origin which is eternity. I would be afraid of losing it, I’m a nostalgic.
The water of Sicily it’s a powerful piece… does the sea unite or create divisions? It could be the cause of the next world war. Are you worried about all this? It is very different from River water which is a love song.

What is pure and beautiful always creates division. He thinks of the story of Jesus, of the suffering of certain oriental masters: what has a great value arouses conflicts, is a bitter destiny of this land which is not paradise but a more complicated place. We are used to having water and we do not understand its value. In this land there are seeds of good and evil, they must be combined. In its essence it has the path of beautiful and precious things, it can generate wars and we must try to avoid it.
In I called you Father you speak of connection to your time: do you feel you are the daughter of your time? It is a poignant song… how difficult is it to leave without help and without permission?

I am a woman of this time at the registry office but I don’t feel like it, at least based on the predominant customs. My nature leads me to go against the tide, it is a stimulus to counter the norm. Also musically I always go far to look for things. I make no secret of saying that I prefer the twentieth century, I see it as superior to this century. Today I see a musical drift that subsidizes genres at the expense of others that have an artistic stimulus. The public must also be educated to beauty, today we focus a lot on entertainment: sometimes I let myself go too but we can’t just get distracted.
What is the flower of melancholy? But above all, how do you make it sprout and how can you prevent the song from going away and staying?

I interpret the words of Davide Rondoni that I made my own artistically. It is the unconscious seductive aspect of those who make us fall in love. When you become attached to the weaknesses of others it is love. Everything has its own movement and it is the movement that marks the beginning and the end.
Is the girl who is and isn’t in your life the one who doesn’t know whether to go or return? And at the end of the album do you know what it is to come and go or do we stay in a timeless limbo?

It is the ideal dream that the poet has. Everyone has a big dream in their heart. It is the great metaphor of desire that gives us the meaning of life. Maybe then we discover that it is not what we were looking for but at least we made the trip. For me, the girl who is and isn’t there is music. This album is suspended in another time, making verses to music was not intended for music. The world of poetry is inspiration and aspiration to the sacred: to go and return is to know that this life has the movement of being here.
Do you often feel like a castaway of language? Do you see friendly ships on the horizon?

I am absolutely shipwrecked on this earth. I also see them as enemies of ships. I am shipwrecked if I speak of my soul and essence, I am in constant conflict with the world. I feel alien understood as different in this time: I live in a world where I seem to speak a different language. I’m not ashamed of my intellectual honesty. Art is not just consent, the public must be provoked. Then the parlor game is something else.
Do you always have an easy falling in love and a docile gaze or do you now lightning yourself and you no longer get electrocuted?

I keep falling in love all the time but neither with men or women. I got out of the addiction of the search for falling in love, before it happened that I fell in love with people easily. Now my heart knows who to dream and has it. If you fall in love you often face catastrophes. Now I fall in love with events, plants, animals … of life.
Which animal is in you today? And what is that extra sense that can save you?

A little horse, unicorn, fish and then the animals of the zodiac. I could paint a picture of it, I’ll make a self-portrait. There is the intuition to understand people on the fly, I call it the intuition of the subtle spirit: you have already understood that it will happen before.
Tell me about the project Twentieth century?

It is a show born in a short time but with great driving force linked to my need to bring the youngest or those who already know it towards that century and its beauty. I am devoted to us, I have met many protagonists. I face this path from Puccini to Radiohead and Cindy Lauper bringing rearranged songs on stage so that they reach those who did not know them as well as those who knew them. It’s called Uber Pop because I go beyond that concept and I love breaking down barriers, like Over The Rainow performed new soul. There is a strong link with the sky, the twentieth century is a century that looked up, to that sense of the sacred that is lacking in today’s music.
Finally we can say that today it shines with its own light. Definitely.

I call myself a diva with humility and joking but I let the public say so. This is a job that I think I can do well and I am doing it in a free and experimental way as I like it.
What will happen in the summer?

It is a rich summer. I do more things and then I would like to take some vacation. I’m thinking of two new albums, one that carries on the poetics of the twentieth century and another more like a songwriter. In November in Bologna I will debut with a show on the relationship between Callas and Pasolini and I will also be a director, with me there will be Jacopo Rampini. While with his father Federico I carry around You will die Chinese.