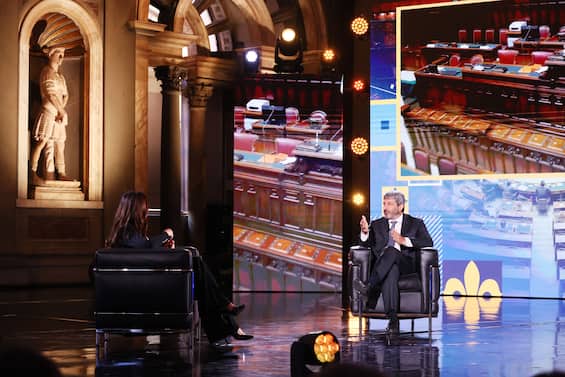 The former speaker of the Chamber wished his successor, Lorenzo Fontana, elected yesterday as the third position of the state. On the next government he said: “M5s face serious and rigorous opposition”

At Live In Firenze Roberto Fico made his debut by giving “best wishes to Lorenzo Fontana”, his successor as Speaker of the Chamber. With regard to the La Russa-Fontana combination in the Chambers, the former president explained that it is the “vote of the Italian Parliament. They are presidents who must be respected even if we have different histories and visions”. Fico added that there has not been “not even an attempt to find a common name for the presidency of the House for now. The opposition of the M5s will be serious, rigorous, attentive and constructive because the moment dictates it, then slowly it will he will also see with the other oppositions “. And on the dem Alessandro Zan as a possible vice-president of the Chamber clarified: “We have to get out of the logic of names. It being understood that when it comes to civil rights there are many parliamentarians starting from Zan who have carried out this battle”. The former Speaker of the Chamber prefers not to comment on the tensions between Giorgia Meloni and Silvio Berlusconi: “In the bickering and the diatribe I am not interested in entering, I hope that the Italians will soon have important measures in a complicated moment, the important thing is that the Parliament immediately began work to address the emergencies starting from expensive bills “. (LIVE ON LIVE IN FLORENCE – SECOND DAY)

Fico: “I remain in favor of euthanasia”

Former president Roberto Fico also touched on the topic of the Russian-Ukrainian conflict: “Ukraine has the right to ask to defend itself and ask for weapons. But we must give Putin a way out to end the conflict,” he said. , in reference to the controversy carried out by his party in recent months against the sending of weapons to Kiev. On the result obtained by the center-right in the last elections, he commented: “I don’t think the country is on the right. The majority is on the right because of an electoral law that I have always said should be changed”. The difficulties, for the former third position of the state, will concern reforms and issues such as the end of life: “The majority we have will not go to deal with these issues. I remain totally in favor of euthanasia”.

Basic income? “It can be improved but not canceled”

During the interview with Roberto Fico, the director of Sky TG24 Giuseppe De Bellis also intervened, giving the former president of the Chamber a thought on citizenship income. The Movement will be “inflexible” on the subject, Fico replied. “We absolutely disagree on the idea of ​​canceling income. It can be improved, but not canceled: it is a fundamental measure for Italy”.