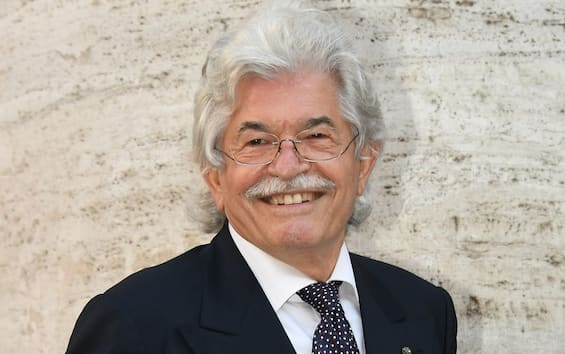 Not only the conflict in Eastern Europe, the former senator said he would also go on a mission to China, citing his previous international experiences. He then spoke about the new Premier and his relationship with Berlusconi. On the stolen audio he said: “If I looked the mole in the face, I would spot it immediately and kick it all the way to the US”

“I would also go and talk to Putin and Zelensky. If the government gives me a job as a mediator, I would go straight away ”, is the latest release from former force senator Antonio Razzi, who added:“ Putin knows me, why make a war? I would not make war absolutely because I am a man of peace “.

The statements were collected by the Adnkronos agency today in the Senate, on the day of the vote of confidence in the Meloni government. In proposing himself as a mediator, the Abruzzo politician, who has been out of Parliament since 2018 and who has since collected several television experiences, also recalled his travels to Pyongyang: “I also did it in North Korea, with a smile I conquered the greats, and I would also do it in China”, he assured, stating that he is willing to enter the scene also as a peacemaker between Russia and Ukraine. He is not new to this type of initiative: in 2013 he had already presented himself as the potential ferryman of reunification between the two Koreas.

He also spoke on the subject of stolen audio and published last week exclusively by La Presse in which Silvio Berlusconi defined himself as one of Putin’s five best friends, admitting that he had re-established relations with the dictator. “If I looked the mole in the face – referring to who released the recording – I would spot it immediately and kick it from here to the United States of America”, said the former ‘manager’.

The relationship between the two leaders of the right

The delicate relationship between the leader of Forza Italia and the new Premier Giorgia Meloni was also addressed: “He has always been close to Giorgia Meloni. Let’s not forget – he continued – that he created the Ministry of Youth for her, precisely to make her career . Then yes, he makes jokes, – he justified – I’ve always done it too so as not to bore the interlocutors “. With these words, you wanted to throw water on the tensions of last week, when the two leaders of the coalition seemed at loggerheads.

What Rockazzi thinks by Giorgia Meloni

On the Prime Minister, Razzi spent words of esteem and admiration: “Meloni is a woman who created herself, she didn’t even get help from her parents. She made a qualitative leap in everything, even her speech, I would be happy even if he did half of what he said.As for Berlusconi, as happens in all good families, there is a bit of envy. One could also say ‘but look at this one, I raised it and now’ it cheated me ‘, like Cimabue with Giotto“. Razzi defended Berlusconi, underlining his good intentions: “Envy, perhaps, never malice. He is a sportsman and certainly even today in his speech here in the Senate, he will cheer him up “.