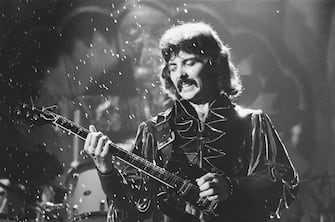 Rolling Stone has released its list of the best guitarists of all time. In twenty-fifth place is Tony Iommi of Black Sabbath

We continue with Frank Zappa

Carlos Santana turns 75, the 5 most famous songs of the Mexican artist

Then we find James Burton

We continue with Les Paul

Space then to Neil Young

We then move on to David Gilmour

We continue with Stevie Ray Vaughan

Opens the Top10 Pete Townshend, guitarist of the iconic group The Who

We are approaching the top positions, now it’s time for Chuck Berry

Rolling Stone release two videos of “Have you seen your mother?”

On the second step of the podium Eric Clapton