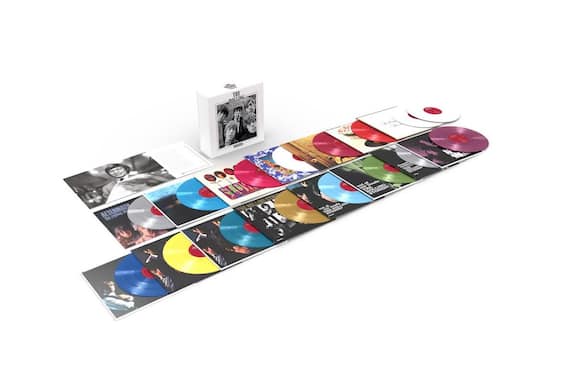 All albums by Rolling Stones released in the 60s (from 1963 to 1969) will be reissued in the original mono version with colored vinyl, each title with a different color! It’s about 14 albums plus double vinyl Stray Catsthe precious anthology with rarities.

Stray Cats2LP with all versions (A & B sides) issued on 45rpm single plus The Rolling Stones EP tracks (1964); in fact, it contains songs released only on the singles and not present on the 14 official albums for a total of 24 other tracks.

This numbered, limited edition box set includes a 48-page booklet with bio-record notes written by Rolling Stone journalist David Fricke and numerous color photos of the band. All tracks have been remastered in Direct Stream Digital (DSD) from the original mono recording tapes by Bob Ludwig while vinyl lacquer cutting was done by Sean Magee at Abbey Road Studios. The box set includes both (UK and US) versions of Out Of Our Heads (1965) and Aftermath (1966), as well as the UK versions of the first LP – The Rolling Stones and of Between The Buttons (1967).