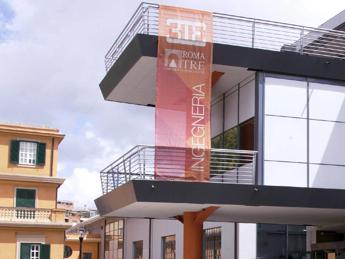 The Roma Tre University turns thirty. And she celebrates them with thirty appointments during the academic year which has just opened. The first event scheduled is tomorrow afternoon, at 5 pm, at the Palladium Theater (piazza Bartolomeo Romano, 8). An afternoon of music and good wishes, during which the “logo” of the 30th anniversary will be presented, which will accompany the calendar of the thirty moments with which the youngest University of Rome wants to share its “birthday” with the capital and its citizens. The inaugural greetings are entrusted to the Magnificent Rector, Massimiliano Fiorucci and to the general manager, Pasquale Basilicata. In a video that will be screened at the end of the event, the wishes of some of the closest “friends” of the University are concentrated, starting with the Mayor, Roberto Gualtieri, who underlined thirty years of “growth, success, collaboration and contribution to the social, cultural, civil and democratic life of the City.


The calendar of thirty events of the year of the 30th anniversary of Roma Tre is made up of moments of celebration open to the city (on November 3 a live concert at the headquarters of the new Rectorate in via Ostiense 133), of conferences (from the urban evolution of districts of Rome where the University “diffused” in the city is located, to reflect on the themes of inclusion and diversity in the horizon of the most complete right to study), opportunities for discussion (a day dedicated to radio, thanks to contribution of the University radio, Roma Tre Radio), and of lessons open to the public (each of the 13 departments of the University will offer the opportunity of a special lesson for all interested citizens) thanks to the collaboration of the Municipalities of Rome Capital.

Thirty events that aim to tighten even more the strong bond that unites the capital to the great little history of the Roma Tre University. The event tomorrow afternoon at the Palladium Theater includes the musical performances of Maria Stella Maurizi, soprano, winner of the sixteenth edition of the National Arts Award, accompanied on the piano by Massimiliano Franchina.