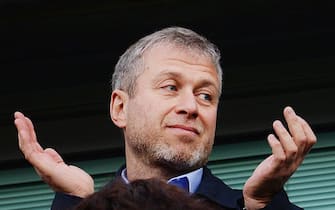 Roman Arkadievič Abramovich is a Russian businessman and politician with Israeli citizenship and according to estimates Forbes 2020, the richest man in Israel and the 113th in the world

WATCH THE VIDEO: Ukrainian War, who is the mediator (and oligarch) Abramovich

Born in a family of Jewish origin on October 24, 1966, was orphaned very early on and was raised by his paternal uncle and another uncle who lived in Moscow. He attended the Uchta Industrial Technical Institute and was then drafted for a short period in the Soviet army.

Russia-Ukraine war, the 5 things to know

Between 1992 and 1994 he founded five different import / export companies, specializing more and more in the sector of trading in oil and its derivatives. In 1995, he bought a controlling stake of Sibneft for several tens of millions of dollars, together with Boris Berezovsky

The company, in a short time, has enormously increased its value and this has meant that the two magnates became very rich. In 1996, together with Eugene Schvidler, he also acquired a substantial share of Aeroflot and joined the stock group of the Trans World Group

In 2002 he sold his Sibneft shares in Gazprom for 13 billion dollars, reinvesting everything in Evraz

In the 2000s, Abramovich was also active in politics. From 2001 to 2008 it was the governor of the autonomous district of Cukotka and from 2008 to 2013 the president of the parliament of Cukotka

For around sixty million pounds, Abramovich acquired the Chelsea football team. He has invested a huge amount of money on the club for the signings of players and coaches and, since then, the London team has enjoyed a long and successful season winning 22 official trophies including five English championships, two champions’ cups and a world championship for club

In 2022, due to relations with Russian President Vladimir Putin and because of the Russia’s war on Ukraine, entrusted the management of the club to Chelsea Charitable Foundation although he still remains the owner

Moreover Roman Abramovich would be trying to play a role in helping negotiations between Russia and Ukraine e promote peace. A spokesman for Chelsea confirmed the news, specifying that it was “the Ukrainian side who contacted him to support the search for a peaceful solution” and that he “has been trying ever since”

Regarding private life, Abramovich was married three times and has seven childrenfive of them from his second wife and two from his third, from whom he divorced in 2018