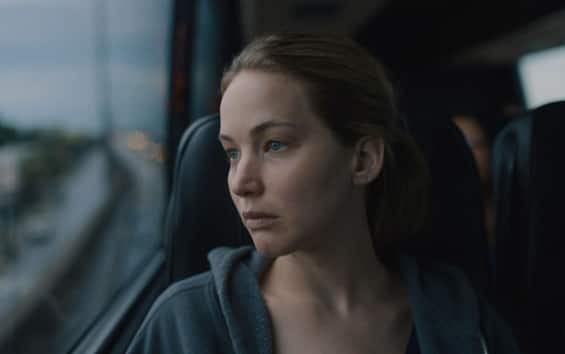 Enough press conferences on Zoom, festivals are finally starting to live again in the presence even from the preliminary stages and “cinema starts again in the hall”. Today the official presentation of the program of the 17th edition of the Rome Film Fest, directed by Paola Malanga and organized in just five months. “In five months we have tried to give color to this party / festival. A party that breathes the air of time, of the present that still bears the signs of two years of pandemic, of the war in Ukraine, so in various sections you will find these fil rouge “said Malanga before making known the program divided into various sections. The films will be screened in 15 cinemas throughout the capital, including the Nuovo Sacher, the Casa del Cinema, the Maxxi and the Giulio Cesare cinema, as well as of course the Auditorium which remains the heart of the event with the red carpet ready to welcome the Italian and international stars.

The confirmed guests and the most anticipated ones

Between confirmed first names Ethan Hawke, Jennifer LawrenceMarco Giallini, Edoardo Leo, Pierfrancesco Favino, Sally Hawkins, Ewan McGregor, James Ivory, Margaret Qualley, Louis Garrell, Riccardo Scamarcio, Michele Placido, Luc Besson, Isabelle Huppert, but more names will be announced in the coming days. There could also be Lily James, Emma Thompson, Ralph Fiennes, Anya Taylor Joy, Nicholas Hoult, Nicolas Cage, judging by the artistic cast of the various films in the program. However there is a section called “Paso Doble” which provides a series of encounters with two characters who will talk about cinema among themselves, but these too will be announced shortly.

The opening film, as announced a few days ago, will be The Hummingbird by Francesca Archibugi but on the first day of the party the Lifetime Achievement Award to James Ivory and a will be done homage to Luciano Pavarotti and then set off in the following days with a competition with a more authorial character, except for some more commercial exceptions. 16 titles that we tell you below:

The Grand Public section with many stars

There will be a secret one-shot screening that will be unveiled at the last moment, but we only know that it is a romantic comedy by a well-known author. Then, among the more mainstream titles in this section we find the highly anticipated Amsterdam by David O. Russell with a stellar cast, including Margot Robbie And Christian Bale, Astolfo by Gianni De Gregorio, the gay romantic comedy Bros by Nicholas Stoller with a cast completely part of the LGBTQ + community, Butcher’s Crossing with Nicolas Cage as a bison hunter, It was time by Alessandro Aronadio, The Lost King by Stephen Frears with Sally Hawkins and Steve Coogan, the culinary black comedy The Menu with Ralph FiennesNicholas Hoult and Anya Taylor Joy, Mrs. Harris Goes to Paris by Anthony Fabian, The Shadow of Caravaggio by Michele Placido with Riccardo Scamarcio in the shoes of the famous artist, The Prince of Rome by Edoardo Falcone with Marco Giallini, Let’s rob the Duce by Renato De Maria, The Strange by Roberto Andò with Toni Servillo in the role of Pirandello and Ficarra and Picone, War – The Desired War by Gianni Zanasi, What’s love got to do with it? with Emma Thompson and Lily James e Rheingold by Fatih Akin.

On the official website of the Rome Film Fest www.romacinemafest.it you can find the complete list of the titles that make up the various collateral sections. The “Best Of” section will collect some films presented at Sundance and the San Sebastian festival. The section Freestyle includes 25 titles of free format and style, from TV series to video clips, from documentaries to video art: