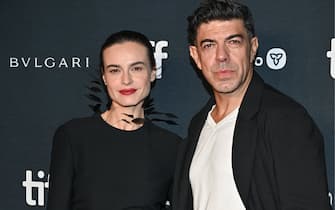 Pierfrancesco Favino and Kasia Smutniak, after the preview of the Toronto Film Festival, are expected in the capital for the Rome Film Fest which will host their latest film: The Hummingbird by Francesca Archibugi

Halloween Ends, the review of the horror film with Jamie Lee Curtis

Alessandro Preziosi, protagonist of The cure by Francesco Patierno, is expected on the red carpet with a really interesting film

Among the Hollywood stars, the name of Jennifer Lawrence, star of Causeaway by Lila Neugebauercon on the theme of veterans of the war in Afghanistan

Petra, the review of the fourth story “Empty nest”

Also from Hollywood, Ewan McGregor and Ethan Hawke will land in Rome at the center of the events of Raymond & Ray by the Mexican Rodrigo García

Steven Spielberg will also be among the protagonists of the event. In Rome it is expected for the screening of The Fabelmans

Another highly anticipated title, Amsterdam, by David O. Russell, should bring a number of big names to Italy on the red carpet. Here are some of the protagonists at the London preview of the film. From left: Rami Malek, Andrea Riseborough Margot Robbie and Christian Bale

Always the film by David O. Russell should also bring Anya Taylor-Joy to the Rome Film Festival, who is also involved with The Menu by Mark Mylod

What’s Love Got To Do With It? by Shekhar Kapur stars Lily James and Emma Thompson

After the Venice Film Festival, Isabelle Huppert is expected in Rome for Mrs. Harris goes to Paris by Anthony Fabian

Russell Crowe in Rome: “I took my children to see my old office”

Many other filmmakers will also meet the audience. Among them Luc Besson, Stephen Frears and James Ivory

Louis Garrel (in the jury of the Progressive Cinema Competition), is in the cast of The shadow of Caravaggio by Michele Placido

Other protagonists of Placido’s film, Riccardo Scamarcio and Micaela Ramazzotti

On the red carpet of Let’s rob the Duce by Renato De Maria, expected Pietro Castellitto

Noomi Rapace, star of Django – The series by Francesca Comencini, arriving in 2023, is another of the prestigious faces of the event