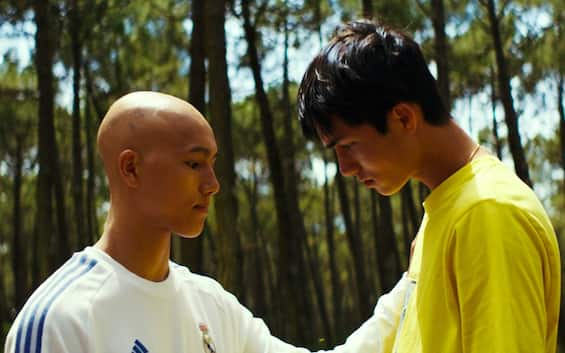 Summer Scars, Simon Reith’s debut film, is the best film of the 20th edition of Alice nella Città, a competition parallel to the Rome Film Fest. The film, chosen by a jury made up of 35 boys aged 16 to 19 from all over Italy, is a metaphor for the powerful nature of family attachments and the depth of childhood wounds and their disastrous consequences in adulthood. The film, according to the reasons, won “for its ability to overwhelm, capture and destabilize the viewer”.

Special mention a The circle

Special mention for The circle by Sophie Chiarello, who followed the pupils of an elementary class for five years, taking them back to their height in order to capture their point of view on the world. The young jurors appreciated it for the delicacy of the story, “a universal and necessary story, to be seen in 3 stages of life: as a child, as an adolescent and as an adult”.

Primadonna by Marta Savina with the Raffaella Fioretta Award 2022 for the best film of the Italian Panorama. The film tells the story of Lia, a young woman who in Sicily in the sixties rebels against a shotgun marriage and denounces the boy who abused her and her accomplices. The film, according to the motivation, was awarded “with the hope that in such a complex historical moment any act of violence against women will no longer be ignored and that cinematographic art, as in this work, becomes the spokesperson for a strong and incisive message that can stimulate the minds of the public “. The film is also awarded an economic award of 3,000 euros divided equally between director and producer.

MALLORY MANECQUE AND GIUSEPPE PIROZZI AWARDED AMONG THE ACTORS

The Do-Cine Rising Star Award for the best young international performer goes to the young Mallory Manecque for her performance in the film Les Pires by Lise Akoka and Romane Gueret, while Giuseppe Pirozzi wins the RB Casting Award for the best young Italian interpreter for the film Very quietly by Nicola Prosatore. Special mention to Lorenzo Richelmy for The man on the streetfirst work by Gianluca Mangiasciutti.

CORBUCCI AWARD A SIGNS OF LOVE

Another first work the one awarded with the Corbucci Prize, in its first edition: Signs of Love by Clarence Fuller. The film, which analyzes the complexity of family ties, raises reflections on the life and possible ways of living in the world of a teenager who is trying to get out of a toxic environment. Family puzzle on and off the screen, played by the two art children Dylan Penn and Hopper Penn and the real-life mother-daughter couple Rosanna Arquette and Zoe Bleu. The award consists of a distribution contract for the Italian market with a P&A worth € 50,000.

Wrong Rotten by Prospero Pensa wins the prize for the best short film of Alice nella Città, while a special mention was given to File by Sonia K. Hadad. The Alice nella Città Audience Award for Best Short Film goes to Candies by Matteo Panebarco.