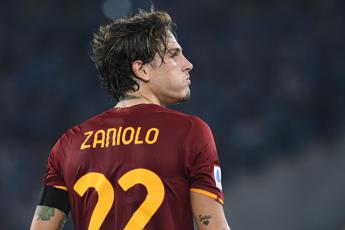 The Giallorossi midfielder approached the bianconeri

Market news brings Nicolò Zaniolo to Juventus. The contacts between the Juventus club and Roma continue and the transfer of the midfielder ends up in the spotlight of the bookmakers. The negotiation could be successful, according to Olybet.it experts, who see the marriage between the Giallorossi and the Old Lady closer, offered at 1.85, a decrease compared to the 2.50 of last week, with the Juventus club ready to launch the decisive assault. The number one rival of Juve is that Milan champion of Italy led by Stefano Pioli, who has been looking for a young and quality attacking midfielder for some time: Zaniolo’s arrival in the Rossoneri in the summer session of the transfer market is played at 3.50.


Farther away, Antonio Conte’s Tottenham, set at 8, who in recent days has asked for information on the player in the hope of repeating a Dejan Kulusevski-style operation, while a return to Inter, which he left free to go away, rises to 40. the southpaw born in 1999 in the negotiations to bring Radja Naingollan to the Nerazzurri.