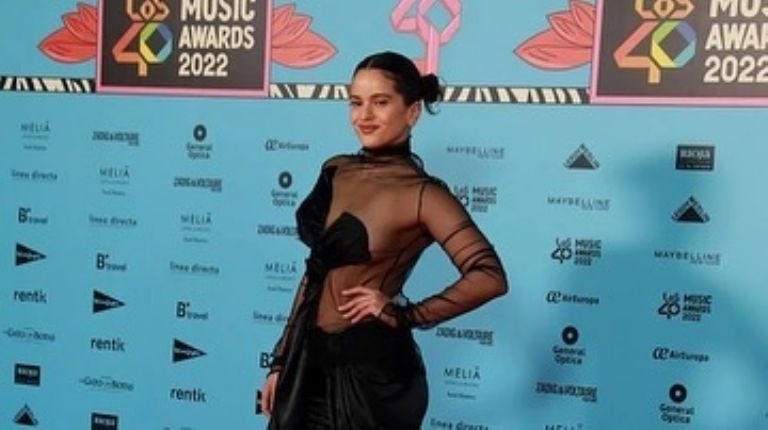 There is no doubt that Rosalia She is one of the most successful musical artists of the moment. This Friday, November 4, the Spanish singer received seven nominations at the Los40 Music Awards 2022 gala, the same one in which she posed for the first time with Rauw Alejandro last year.

This year it was held at the WiZink Center in Madrid where other artists such as Lola Índigo, Aitana, Agoney, Chanel, Soraya Arnelas, Ana Mena, Ana Guerra, Ruth Lorenzo, Blas Cantó, Miki Núñez also attended. Rosalia went on stage to sing ‘La Fama’, his well-known ballad with ‘The Weeknd’.

The interpreter of ‘Bizcochito’ was awarded three prizes out of the seven for which she was nominated: Golden Music Award, Best Festival, Tour or Concert and Best Album in the Spain Category. For each of them, the “Motomami” changed her look and then showed them on her official Twitter account. Instagram.

“A thousand thanks for last night, thanks to all of you who give me love and @los40spain” he wrote Rosalia on the network where it exceeds 22.7 million followers. The three looks were black and transparent, but with different styles. The first was a silk dress with a long asymmetrical skirt and a giant bow on her chest.

The second was a bit more risky and raised the temperature among the fans. It was a translucent dress with a halter neckline and an entirely bare back. In his hair, he wore a short wig with shaggy bangs. The third look of the night Rosalia It was a tube dress with a strapless neckline made with leather patches. “I almost showed a breast on national television” wrote the singer in a photograph of the second look that she posted on her personal account. Undoubtedly the boldest.