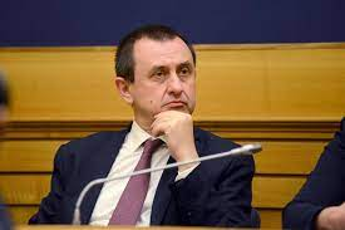 “Together to affect Parliament and also on the Quirinale”

“We are working on it seriously”. Ettore Rosato thus responds to Adnkronos on the work in progress for a federation at the parliamentary level of Iv, Coraggio Italia. “We are thinking about how to strengthen an area that believes in Draghi’s work and supports him with conviction and not out of necessity”.

What numbers in Parliament if the federation goes through? “About 50 in the House and 25 in the Senate”, replies Rosato. Do you do it to affect the election of the President of the Republic? “We are doing it in view of the upcoming meetings in Parliament: the budget law and certainly – explains the president of IV – also the election of the president of the Republic”. Does Iv move to the right? “No, if anything, the opposite. We started a dialogue with Coraggio Italia – Rosato rebranded – just when they unmarked themselves, claiming their autonomy over the choice “with respect to the center-right.

Do you support Draghi with conviction, then must he stay at Palazzo Chigi? “We do not say this, of course we are convinced that there is no better than Draghi to lead this complex phase”. And Calenda? Are Action and More Europe out of your initiative? “We have started work to strengthen the collaboration with Coraggio Italia. But it is an absolutely open initiative. We will ask him. The characteristic of this space is that it is aimed at those who are anti-populist and anti-sovereign ”, concludes the vice president of the Chamber.