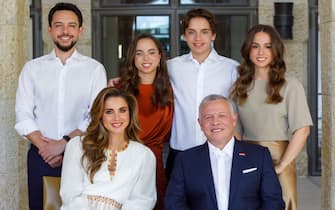 Only they were missing, the royals of Jordan, to the roll call of the crowned heads who used social media to wish their subjects a happy new year. The royal family Hashemite wished a year of peace to the country and to the world and did so with a new portrait in which Queen Rania, King Abdullah II and their children, Salma, Hashim, Husayn and Iman pose. The last two will get married in 2023

United Kingdom, Harry tells quarrel with his brother William: “He physically attacked me”

On December 31, Margaret II of Denmark also appeared on TV for the traditional end-of-year message. The 82-year-old sovereign underlined how tough the last year has been for her country and for Europe, united in facing the crisis in Ukraine, inflation and the energy crisis.

Charles III and the Queen consort Camilla attended the mass on 1 January, as per tradition, in Sandringham, in the church of St. Mary Magdalene, in Norfolk, where they spent the week of Christmas. For the couple it is the first time at the religious appointment as rulers

First day of the year in the name of horse riding for Zara and her husband Mike Tindall. Princess Royal’s daughter Anne is a highly decorated rider and also brought Lena Elizabeth, her third child, born in 2018, to Cheltenham Racecours

Prince Harry’s outburst: “My father and my brother don’t want to make up”

Three days of receptions in Denmark to welcome the new year, as per tradition before the two-season break due to Covid. The first date for the royals was the gala dinner on 1 January which took place in the presence of the country’s political authorities. In the photo, Queen Margherita and her sister, Princess Benedetta, upon their arrival

William and Kate with their children, the photo in jeans for Christmas greetings

The second reception for the royals of Denmark is for the Royal Guard, judges of the Supreme Court and officers of the Royal Guard Hussar Regiment. On this occasion, Margaret II also received the diplomatic corps at Christiansborg Palace, seat of the Danish parliament

With the sovereign, the couple heir to the throne of Denmark who, for Christmas, spent a few days in Australia, the country of origin of Princess Mary

The third and final appointment took place on January 3 under the sleet, a climatic condition that did not prevent Margaret II from arriving at Christiansborg Castle in a carriage. The reception involved a thousand guests including members of the Armed Forces, rescuers and representatives of associations sponsored by the royal house

The first appearance in 2023 of Albert of Monaco and his wife Charlène who wore the clothes of mourning to take part in the funeral of Monsignor Bernard Barsi, Archbishop of Monaco, who died last December 28 at the age of eighty, is of a completely different kind. Princess Caroline of Monaco of Hanover was also present at the function

On January 5, the world gathered in St. Peter’s Square for a last farewell to Pope Emeritus Benedict XVI. Since it was not a state funeral, the sovereigns and heads of state present attended the function in a personal capacity. In the front row, next to the highest Italian offices, Sofia of Spain (who has met Pope Ratzinger several times), King Philip and Queen Mathilde of Belgium. Next to the Belgian sovereign, the Prime Minister Giorgia Meloni

Both the former Spanish Queen and the Belgian sovereign wore dark clothes of mourning. Mathilde of Belgium wore pearls and an embroidered lace-trimmed black veil. Among those absent, also Charles of England who had also sent a heartfelt message of condolences for the death of the Pope Emeritus

Spare, the autobiographical book by Harry of England that has been available for pre-order for several weeks, will arrive in the hands of readers on Tuesday 10 January. Before the diffusion of the volume, which since the news of its release has been heralded as a bomb on the British royal institution, the second son of King Charles recorded two television interviews broadcast in the United States and in the United Kingdom on 8 January. The prince answered questions from CBS’ Anderson Cooper and ITV’s Tom Bradby

Many advances reported by the sector media on the main topics of Spare. Apparently, in the volume, Prince Harry focused on some episodes that led to the deterioration and rupture of the relationship with his brother William. It would have been William, together with Kate, who advised Harry to wear the Nazi uniform years ago at a party, a stunt for which he was forced to publicly apologize. The two brothers would later argue heavily in 2019 because of Meghan Markle