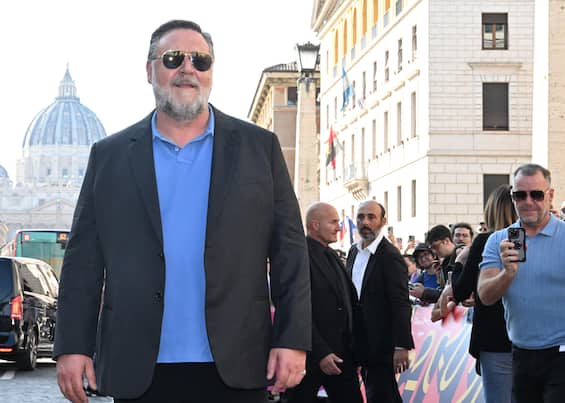 The Oscar-winning actor supports Lazio: “I appreciate the generosity of the Roma fans, their friendship, the love they show me when I meet them on the street. But the Colosseum is in Lazio. And here the conversation ends.” Thus Russell Crowe confirms his preference for the Biancocelesti colors in a footballing key.

the announcement at the Poker Face press conference

It does so during the presentation conference of Poker Face, his second film as a director presented tonight at the Rome Film Festival as an event in collaboration with Alice nella città. The actor refers to his iconic character, the gladiator, implying that it is inevitable that he is a Biancoceleste fan because the Colosseum is in Lazio. What then is also – and above all – the symbol of Rome is a detail that Crowe does not want to consider: “Closed speech”.

Russell Crowe becomes “Ambassador of Rome to the world”

Russell Crowe is Rome’s Ambassador to the world: Mayor Roberto Gualtieri presented him with the award on 14 October in the Giulio Cesare Hall in Rome. A crowd waited for the Oscar winner in Piazza del Campidoglio where he arrived at around 2 pm greeted by a long applause. The actor is in Italy to participate in the Rome Film Festival where he presents his new film as a director Poker Face. “I will always be at the service of this city, I have a deep bond with this city. I have always appreciated the generosity and kindness that the people of Rome have shown me “said Crowe as he received the plaque from the mayor’s hands”.