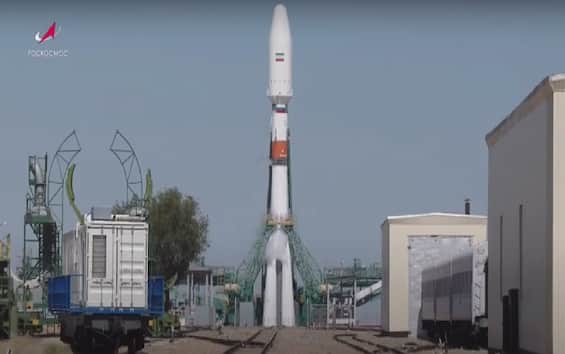 Russia launched an Iranian satellite from southern Kazakhstan into orbit today, 9 August. The news was reported by Reuters, explaining that the remote sensing satellite, nicknamed “Khayyam” after the 11th century Persian poet and philosopher Omar Khayyam, was launched by a Russian Soyuz rocket from the Baikonur cosmodrome and is successfully entered orbit. The confirmation also came from the Russian space agency Roscomos which released a video of the launch.

Western intelligence soon became suspicious that the satellite could be used with the aim of spying on military targets in Ukraine. But Tehran denied all charges, reporting that Iran will have full control and operations on the satellite “from day one”. The Washington Post, just last week, reported that US officials were concerned about the nascent space cooperation between Russia and Iran, fearing that the launch of this satellite could not only help Russia in Ukraine, but also provide Iran ” unprecedented capability ”to monitor potential military targets in Israel. Also in this case, Iran has made it clear, stating that the satellite was designed for scientific research, to evaluate radiation and to engage in environmental monitoring for agricultural purposes. The launch, according to Reuters, took place three weeks after Russian President Vladimir Putin met his counterpart Ebrahim Raisi and Ayatollah Supreme Leader Ali Khamenei in Iran. The latter reported that Tehran and Moscow should have remained vigilant against “Western deception”.