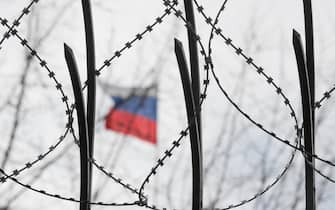 The Russian Foreign Ministry has published a list of nearly a thousand US citizens barred from entering Russia. According to the Russian agency Interfax, the list matters 963 citizens. The measure was taken in response to US anti-Russian sanctions following the invasion of Ukraine

The first name on the list that leaps to the eye is that of the US president Joe Biden. Not surprisingly, since the tenant of the White House in recent months has repeatedly called Vladimir Putin a “criminal” and a “butcher”

In addition to Biden senior, there are also his son Hunter and the vice president Kamala Harris (pictured). The head of the CIA is also on the list William Burns

Russia, Putin: “The cyber aggression against Moscow has failed like the sanctions”

Ukraine, Moscow’s moves: more military bases and a stop to gas in Finland

Great Britain: “We discuss with allies sending arms to Moldova to protect themselves from Russia”

Of all the personalities who were part of the previous republican administration, the only one to be sanctioned by the Russian Foreign Ministry is the former secretary of state Mike Pompeo

There are also people who have died on the list. Like the former Republican presidential candidate John McCainwho passed away in 2018

Also included in the list number one of Meta Mark Zuckerberg (pictured). Among the journalists none from Fox, the broadcaster close to the American right, while there are anchormans from ABC and CNN. And the president of Microsoft

There is also the actor Morgan Freeman on the black list of 963 Americans who will no longer be able to enter Russia. The Hollywood star is accused of having recorded a video in 2017 in which she alleged that Moscow was plotting against the United States

Moscow also released a list to deny entry to 26 citizens Canadians in response to the measures previously announced by the country. Among the names, there are the spouse of Canadian Prime Minister Justin Trudeau and senior military commanders