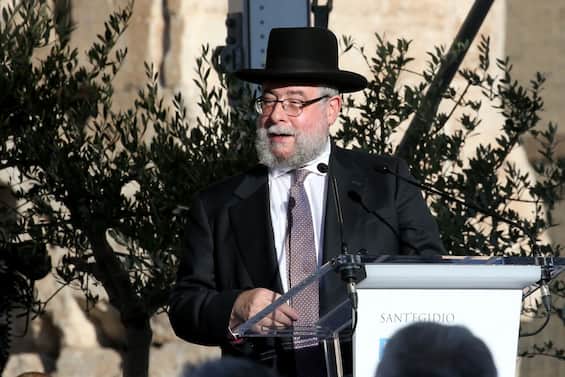 The chief rabbi of Moscow, in exile abroad since last July, Pinchas Goldschmidt, urges Jews to leave Russia as long as they can before they are considered as the scapegoats for the crisis that will hit the country as a result of the invasion of Ukraine. 25-30 percent of Jews residing in Russia until last February have already left the country or intend to do so, even if the cost of a Moscow Tel Aviv plane ticket is the equivalent of two thousand dollars. Also last July, the Russian government closed the Russian offices of the Jewish Agency, the non-governmental organization that promotes emigration to Israel. (WAR IN UKRAINE, LIVE UPDATES – THE SPECIAL)

The fears of the chief rabbi of Moscow

“When we look at Russian history, whenever the political system has run into trouble, the government has tried to redirect the anger and discontent of the masses towards the Jewish communities. We have seen this in the Tsarist era and at the end of the Stalinist regime.” , Goldischmidt explained in an interview with the Guardian. “We see growing anti-Semitism as Russia returns to a new kind of Soviet Union and step by step the Iron Curtain comes down again. This is why I believe the best option for Jews Russians is to leave the country,” he added. Goldschmidt resigned and fled the country after refusing to support an invasion of Ukraine. “Community leaders were pressured to support the war and I refused to do so. I resigned because continuing as chief rabbi of Moscow would have been a problem for the community, due to the repressive measures taken against dissidents,” he said. added.