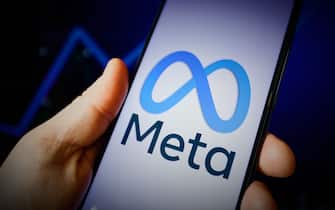 From Monday 14 March Russia has blocked access to social media of the colossus Metafrom Instagram to Facebook. In the 48 hours’ notice, Russian users, especially VIPs and influencers, wrote goodbye post and they indicated alternative channels to keep in touch with their followers

Many bloggers were incredulous and complained about the need for rebuild their community and theirs business, at a time when the economy is struggling with Western sanctions. The power of influencers and their earnings are based mainly on the number of followers who are able to “influence”

The blockade of Moscow came after the company in the past few days Zuckerberg it relaxed the rules against inciting violence against “Russian invaders”. But the move is one of the most Putin’s broad efforts Of check the internet and social media and to sidetrack traffic and online discussions on self-sufficient platforms

For this many Russian users have switched to Vkontakte, the “state” social network. It means “in contact” and is found online with the abbreviation VK. It’s a lot similar to Facebook, both in graphics and in functions. Each user has his own bulletin board where to post content and can add “friends” with whom to message privately. It was founded in 2006 by Pavel Durov

Pavel Durov is also the founder of Telegram. The app of instant messaging was among the most used alternatives by Russian users to not lose their followers after social blocking. It is among the few platforms (along with Whatsapp) through which citizens can exchange messages uncensored. This is why it is also widely used by averagestate and above all independent

War in Ukraine, alarm in Italy for Russian antivirus: risk of cyber attacks

Some Russian news sites in the last few hours have given the news of the birth of a “Russian Instagram”. His name would be Rossgram, which incorporates that of the famous Meta platform. The founder would be the digital entrepreneur Alexander Zobov, who says he was Durov’s classmate. She should be released on March 28 and it would be similar in everything to Instagram

Search boom for VPNs in Russia to bypass restrictions: what it is and how it works

As can already be guessed from the name, RuTube is a Russian website of video sharinghomolog of YouTube. Online since 2006, according to data from the official website every month RuTube is visited by 30 million users and has over 168 million views for its content. It broadcasts TV and radio channels and gives its users the ability to create video blog in its own channel

Moimyr is a social network that is part of the world of Vkontakte. It is based on sharing photos, videos and music but, reports the Courier serviceis mainly used by video game enthusiasts to exchange views on the latest releases. You can sign up only if you own a Russian email address

In Russia it is active Yandexthe giant that manages the most used search engine in the country (the counterpart of ours Google). In addition to browseroffers a number of services and products for the Internet: mailnews, services of hostingservices of maps online, services of transport and advertising

If Moscow were to decide to go beyond and of log out from the global internet networkit would have Runet waiting for you. It is a network used for now at the level of experiments locals. “Runet” is used as a synonym for “Internet”, and its birth was formalized in 2019 from the so-called law “On the sovereign Internet”. Supervised by Roskomnadzor (the Federal Communications Supervision Service), its extension would oblige Russian internet service providers a disconnect from any foreign serverrelying instead on the Russian DNS

In response to the social blocking, there has been a boom in downloads of Vpnprivate networks that mask the user’s real internet address, allowing you to bypass censorship. According to analytics firm SensorTower, there were 6 million downloads of these apps between February 24 and March 8, a 1,500% increase over the previous 13 days. To date, Roskomnadzor has blocked about 20 popular VPN services