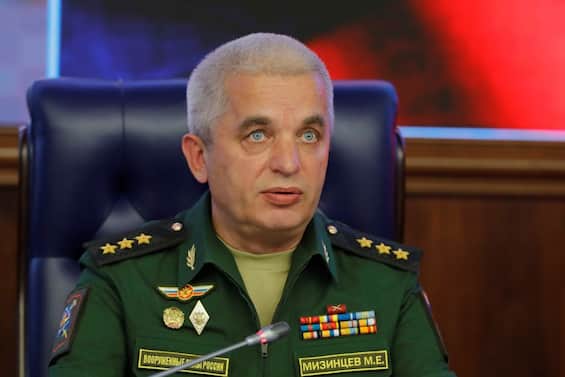 Moscow announced today the replacement of its chief logistics officer: Army General Dmitry Bulgakov has been relieved of his duties as Deputy Defense Minister and replaced by General Mikhail Mizintsev. This was made known by the Russian Defense Minister quoted by the state press agency Interfax. Mizintsev, explains a statement, will be “responsible for the material and technical supplies of the armed forces”, while Russia is in the midst of the mobilization campaign. “Bulgakov – it says – has been transferred to a new post”. WAR IN UKRAINE. THE SPECIAL – LIVE UPDATES)

Ukrainian media commented on the appointment of the new head of logistics for the Russian army pointing out that General Mikhail Mizintsev was nicknamed ‘the butcher of Mariupol’ due to the devastating attacks on the Ukrainian city and the brutal behavior against the civilian population during the siege.

Mikhail Mizintsev, 60, has held many senior positions in the General Staff during his long military career. He was targeted by Western sanctions for his role in the siege of Mariupol, a port city in southeastern Ukraine, which Russian forces captured in May at the cost of massive destruction. The staff change comes as President Vladimir Putin announced this week that he is mobilizing hundreds of thousands of Russians to reinforce his offensive in Ukraine. The general who replaced Dmitry Bulgakov also led the Russian operation in Syria.