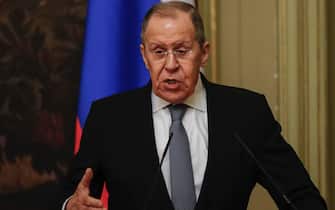 There Russia let the European Council. This was announced by the Foreign Minister, Serghei Lavrov, quoted by the Tass agency. “The course of events has become irreversible and Russia has no intention of putting up with it subversive actions undertaken by the West ”

Russia’s decision, the foreign minister said in a statement, was made because of the hostile behavior of European countries and of Born towards Russia, continuing “in the wake of the destruction of the Council of Europe and of the legal and humanitarian space in Europe”

Ukrainian war, new sanctions on Russian oligarchs: who are the billionaires close to Putin?

“The members of the European Union and NATO, who are hostile towards Russia – reads the note – stand abusing their absolute majority in the Committee of Ministers of the Council of Europe

Russia, where Putin is: the hypotheses, between shelters and secret bunkers

“Russia does not will take part in the attempt by NATO and the EU in transforming the oldest European organization into another place where they come exalted the mantras of supremacy and the narcissism of the West. Let them have fun with each other without the company of Russia ”

“Russia has no intention – says Tass – to endure the subversive actions undertaken by the West, which pushes for an order based on rules and replacement of international law trampled on by United States and its satellites”

The Council of Europe was founded on May 5, 1949 with the treaty of London. It is a body outside the European Union and should not be confused with the European Council, which is instead part of the EU institutions. Before today it mattered 47 states

Its goal is to promote the democracyi human rights, European cultural identity and the search for solutions to social problems in Europe. The purpose of its foundation is to to avoid that the atrocities of the Second World War

Russia joined the Council of Europe on February 28, 1996. The decision to leave the international body has a strong symbolic impactabove all because it simultaneously abandons the ECtHR and the guarantees of respect for human rights and freedom of expression