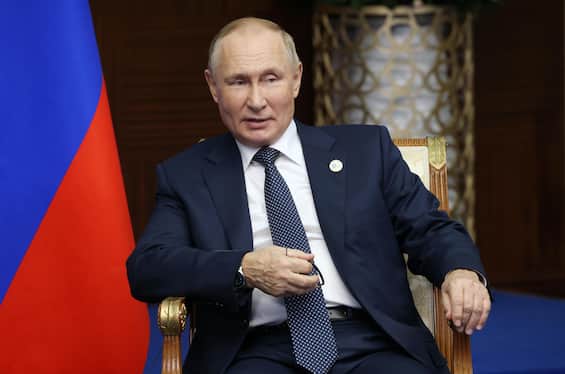 Among the countries that did not congratulate the new British Prime Minister Rishi Sunak, the absence of Russia is making noise. President Vladimir Putin has not sent any telegram since – explained the Kremlin spokesman Dmitry Peskov, quoted by the Ria Novosti agency – the United Kingdom is classified by Moscow as a hostile country (WAR RUSSIA – UKRAINE: ALL NEWS LIVE) .

Peskov’s declaration comes on the day of the extension until December 31, by Russian President Vladimir Putin, of the restrictions on trade on certain types of products and raw materials with so-called hostile countries. Russia drew up a black list already last March, a few days after the start of the war in Ukraine, which includes, among others, Great Britain, Italy with the other EU countries, the USA, Canada, Norway, South Korea.

Kremlin: US troops in Romania are in danger

On the front of the war in Ukraine, the warning from Moscow arrives on the deployment by the United States of the 101 / a airborne division in Romania. The deployment, announced in recent days, according to the Kremlin increases the dangers for Russia and does not lead to a strengthening of stability. This was reiterated by the spokesman of the Kremlin Dmitry Peskov.

In addition to the US troops, the White House sent surface-to-air missile systems called “Nasams” to Ukraine. Kiev wants to use them to respond to attacks from Russian helicopters, cruise missiles, but especially the Iranian-made Shahed-136 kamikaze drones.