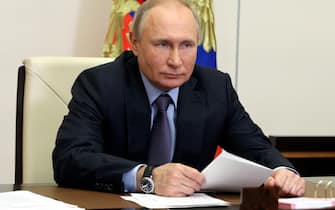 In Moscow even in the impenetrable Vladimir Putin’s magic circle the first cracks begin to appear. There war in Ukraine it is not going according to the Kremlin’s plans and has effectively caused international economic isolation for Russia due to sanctions. The president is therefore reacting with layoffs chain. Others are very loyal discharged or have been missing for weeks

The Moscow Climate Envoy, Anatoly Chubais, resigned and left Russia explaining that his decision is linked to opposition to Vladimir Putin’s war in Ukraine. The news was given by Bloomberg. Chubais is known as the architect of the privatizations in Russia of the nineties (he was also deputy premier) and with his he step back he is the highest-ranking official to break with the Kremlin over the invasion of Ukraine

From the state of health to the possible escape: the theories circulating about Vladimir Putin

The Economist Chubais he was one of the closest men to the leader e he has lost track of him, leaving the country and his post. Nobody knows exactly where he is, probably in Turkey, and for the moment he has no intention of returning to his homeland. For Moscow now the risk is a Domino effect at the top of the state

“Putin Force One”, what we know about the Russian leader’s plane with the atomic button

The eyes are also on the number one of the Central Bank of the Russian Federation Elvira Nabiullina who, according to well-informed sources, had wanted to give up for weeks after the Russian president’s order to invade Ukraine. For this he would have presented them more than once resignationhowever, rejected by Putin who would have forced her to stay to face the dramatic crisis caused by Western sanctions

Nabiullina, number one of the Russian central institutewas appointed for a five-year term last week and is now dealing with the fallout from the war that threatens much of her work over the past nine years.

A month of war in Ukraine: sanctions, refugees, bombings. The stages of the conflict

The Minister of Defense Sergei Shoigu hasn’t appeared in public for two weeks. He would be targeted by the Kremlin on suspicion of providing an erroneous assessment of what must have been a flash campaign in Ukraine. And the daughter Ksenia posed on social media with the colors of the Ukrainian flag. Shoigu usually appears frequently and his absence from social networks and news is very unusual. She officially has heart problems. When it comes to him on TV, the images are repertory

Who is Bortnikov, the head of the FSB that part of the Russian elite would like in Putin’s place

Kremlin spokesman Dmitry Peskov broke the silence on March 24, saying that for Shoigu this “it is not the right time to engage in media activities“. An answer that leaves all hypotheses open. Peskov said Shoigu attended a meeting of Security Council representatives with Putin. The minister appears in an inset of the videocall in the images released by the Kremlin (according to some leaked specifically to silence the rumors about his departure from the scene)

Putin actually launched one witch hunt speaking of “scum and traitors.” Western intelligence sees this as a sign of the leader’s growing weakness dissent begins to spread to the upper floors of the Kremlin and the hypothesis of a overthrow of Putin makes its way

According to what emerges from some letters written by an anonymous Moscow intelligence agent to the exiled activist and founder of the Gulagu.net project, Vladimir Osechkinand subsequently published online, the risk of a coup against President Putin by the Russian Federal Security Service (Fsb) grows as the war in Ukraine continues. According to the mole, chaos and discontent are suffocating the security services

The very fact that Russian agents are speaking openly, Osechkin told the Times, is a sign of their growing anger towards Putin and discontent over the effect sanctions have on FSB officers. In fact, the activist points out, they can no longer “go on vacation to their villas in Italy and take their children to Disneyland in Paris.” Every week and every month this war continues, “The possibility of a rebellion by the security services increases”