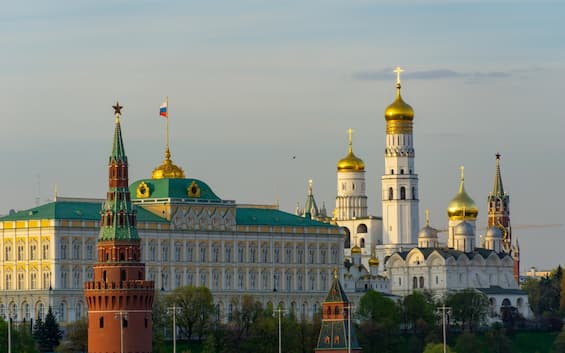 According to rumors coming from Ukrainian intelligence, also reported by the adviser of the Ministry of Internal Affairs Anton Geraschchenko and relaunched by various Ukrainian media, including the agency UNIAN And Kyiv Independent, several arrests of Russian military personnel are underway in Moscow. However, at the moment this news is not reflected in the capital of the Russian Federation. According to what was relaunched in the rumors, all military units in the perimeter of Moscow would have been placed on alert. Local sources speak of the presence of military vehicles along the streets of Moscow, with the Duma that would be ready tomorrow to declare a state of war or impose a curfew. All information that at the moment cannot be confirmed in Moscow (WAR IN UKRAINE, LIVE UPDATES – SKY TG24 SPECIAL).

Meanwhile, Kiev claims that the explosion that affected the Kerch bridge that day, which connects Crimea with Russia, may have something to do with “a Russian runway”. The advisor to the head of President Zelensky’s office, Mikhail Podolyak, considers the explosion on the bridge as “a manifestation of the conflict” between the Russian security forces, in particular “between the FSB on the one hand and the Ministry of Defense / Staff of the Russian Federation on the other hand “. He brings it backUkrainska Pravda. Podolyak claims that the exploded truck, according to available information, arrived on the bridge from the direction of the Russian Federation. “We are witnessing the beginning of large-scale negative processes in Russia. Powerful conflicts have started between Russian special services, everyone is looking for those responsible for military defeats, they want to reform Putin’s inner circle and take other positions. Or arrest certain generals.” Podolyak said. “Now – he added – in this sensational incident, we see the worsening of the conflict between the military and the police forces of Russia and its exit from the control of the Kremlin”. In the morning, the presidential adviser tweeted the photo of the burning bridge, writing that “everything illegal must be destroyed, everything stolen must be returned to Ukraine”. The spokeswoman for the Russian Foreign Ministry, Maria Zakharova, quoted by Tax, commented on the tweet saying that “the reaction of the Kiev regime to the destruction of civilian infrastructure highlights its terrorist nature”. In the past few hours, various sources, including the agency UNIANattributed the explosion to SBU, the Ukrainian security services.

Russian President Vladimir Putin reports the Tax, meanwhile, has signed a decree to strengthen security measures on the Kerch bridge and on the infrastructures that supply electricity and gas to Crimea. The role of strengthening protective measures was given to the Federal Security Service of the Russian Federation (FSB).