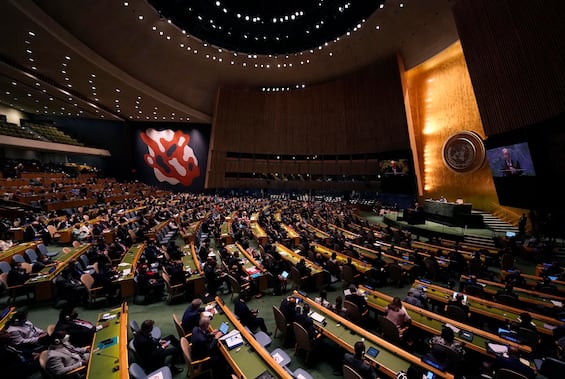 The UN Human Rights Council has decided for the first time to monitor the repression of opponents in Russia and the rights situation in the country. The 47 member states of the Council have adopted a resolution to this effect, proposed by all member states of the European Union with the exception of Hungary, with 17 votes in favor. Twenty-four countries abstained, six who voted against, including China. (UKRAINE WAR RUSSIA – FOLLOW LIVE)

Moscow under scrutiny for the first time for human rights

It is the first time that Moscow has been targeted by a text concerning the human rights situation in the country. Yesterday, 24 member countries of the Organization of American States (OSA) had signed a declaration, supported by the United States, of support for Ukraine and condemning the invasion of its territory by Russia. Entitled ‘Continued support for an end to Russian aggression in Ukraine’, the text declares “the renewed and strong condemnation of the illegal, unjustified and unprovoked invasion of Ukraine”, and underlines “the immense concern for indifference and the contempt by the Russian Federation for the OSA recommendations regarding the withdrawal of its military forces from Ukraine within its internationally recognized borders “. Speaking in the debate at the General Assembly, US Secretary of State Antony Blinken hailed the adoption of the declaration and reiterated that “it is essential to be united in condemning Russia’s fraudulent referendums as a violation of international law and to reject unequivocally any attempt to annex illegally the Ukrainian territory “.