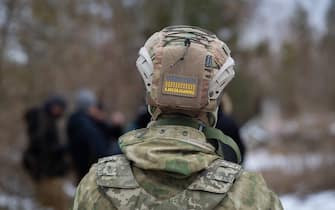 The White House has been talking about it for some time, NATO and other states – so far more cautious – are starting to say it aloud: the Russia would be ready to invade Ukraine on a large scale”

WATCH THE VIDEO: Putin blames Lenin for the creation of Ukraine

The rumors about a possible imminent attack by Moscow on the territory of Kiev have become increasingly insistent since – on Monday 21 February – Russian President Vladimir Putin acknowledged the separatist republics of the Donetsk he was born in Lugansk sovereignty over “the whole region” of Donbass. According to some analysts, Putin would have included in his statement also the territories still under Ukrainian control

The Ukrainian president Volodymyr Zelensky (in the photo), in a speech to the nation, he put pen to paper his point of view: Russia would mean “resurrect the USSR“. As proof, in addition to the latest developments in the Donbass question, would be the policies carried out over the years by Moscow with reference to Chechnya, Georgia and Crimea, a Ukrainian territory self-declared independent from Kiev in 2014 and then unilaterally annexed to itself by Russia.

What is Donbass and where is it located

With regard to the next moves on Ukrainian territory, Putin has not yet turned his balance. For the moment he has limited himself to saying that he will provide by any means, including military, thesupport that should become necessary to the pro-Russian rebels Donbass (in photo, Russian military exercises)

Meanwhile, according to reports from the Guardian, a military convoy from Moscow with over 100 trucks loads of soldiers were reportedly spotted heading towards the Ukrainian border from the Russian region of Belgorodnorth of the Lugansk Republic

At the moment, the situation therefore sees Russia in control of the southern Ukraine Crimeato which is added the influence of Moscow in the regions of Donbassin the eastern part of the Ukrainian territory

According to several analysts, Moscow is thinking of invading Ukraine from the south of the country, thus effectively connecting the areas already under its influence through the taking of the port area of ​​the city of Mariupolwhich unites Crimea and Donbass

Recent satellite images have shown Russian troops in the “attack zone”, ie within 50 km of the Ukrainian border, with groups of Spetznazthe Russian special forces, who would nest in the woods 15 km from the border (in the photo, an archive image)

In the only Belaruswhere there are at least 30 thousand Russian soldiers, the equipment includes short-range missiles Iskanderthe mobile workstations rocket launcher and also i fighter-bombers Su-25 and Su-35 fighter jets

Moscow’s plans would therefore be a “pincer” offensive, which would see the armed front of the Donbass: 20-35 thousand men, of which many civilians trained in recent years in a specific military academy set up ad hoc in 2015