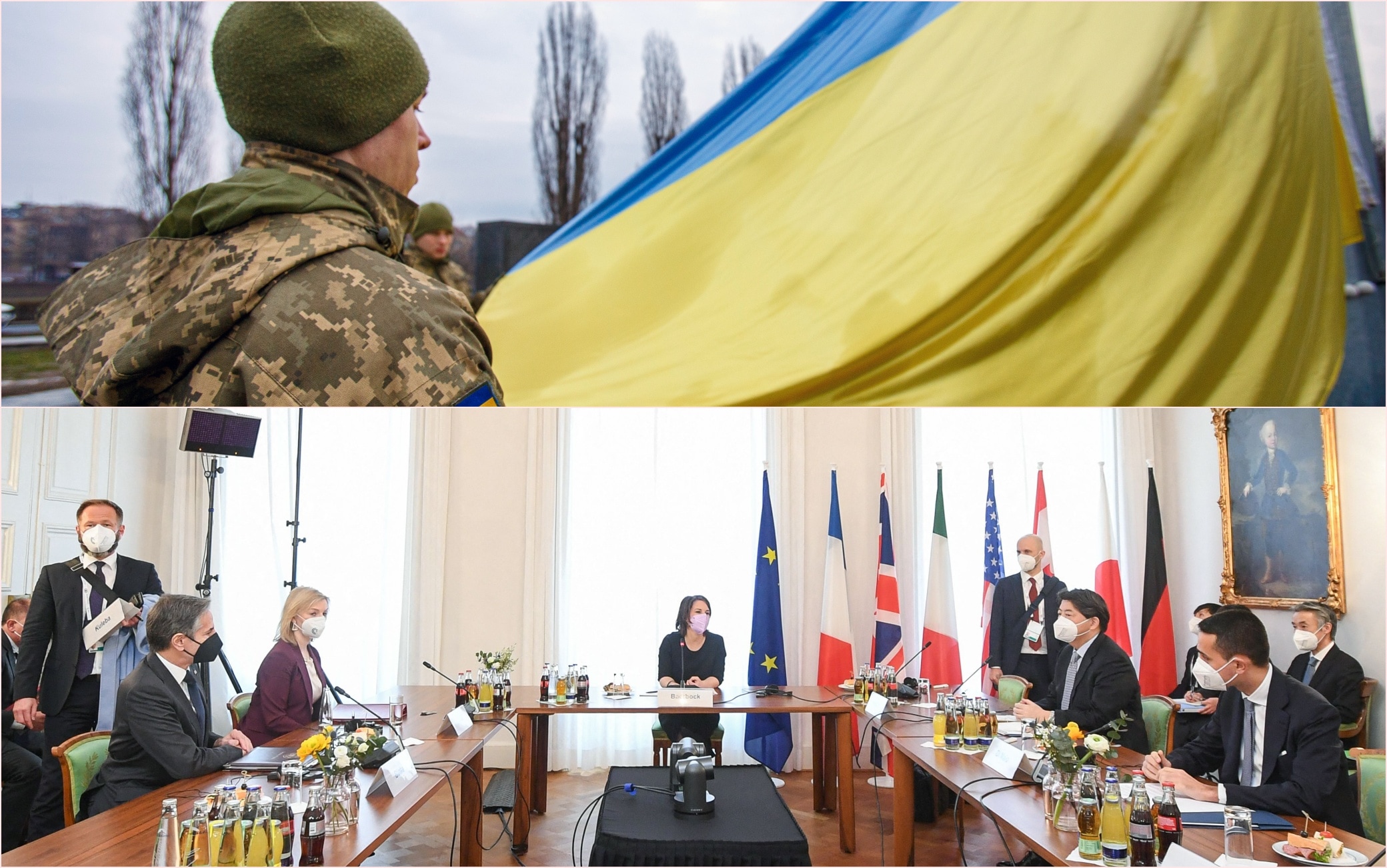 Still tension between Russia and Ukraine, with international diplomacy moving to avoid escalation. G7 foreign ministers remain “gravely concerned by the threatening build-up of Russian military presence around Ukraine, Crimea and Belarus” and ask Moscow to “choose the path of diplomacy”, “substantially withdraw military forces from the borders of Ukraine and fully respect international commitments “. This is what we read in the final document of the Munich summit, and in which Moscow warns: “Any further military aggression against Ukraine will have enormous consequences, including coordinated financial and economic sanctions on a wide range of sectoral and individual objectives” ( ALL LIVE UPDATES).

Meanwhile, the president of Ukraine, Volodymyr Zelensky, speaking at the Munich Security Conference, guaranteed: “We will defend our country with or without partners. Everyone must understand that we are not asking for a donation. It is your contribution to European and international security ”. Ukraine is “Europe’s shield” against the Russian army, he later recalled. Zelensky then proposed a meeting with Putin: “I don’t know what he wants, that’s why I suggest we meet”.

Italy also follows the path of diplomacy. At the G7 Foreign Affairs meeting in Munich “I updated my colleagues on what I had discussed with Ministers Kuleba and Lavrov in my missions in Kiev and Moscow. Both confirmed their desire to find a diplomatic solution”, writes Foreign Minister Luigi Di Maio on Fb, underlining that “this is the main road to follow, there are no alternatives.” “Italy supports the territorial integrity and full sovereignty of Ukraine” but “dialogue with Russia is essential. I also discussed it with US Secretary of State Antony Blinken “. And Italy” will do its utmost to encourage dialogue between the parties. “France is also looking for diplomacy: President Emmanuel Macron and Russian counterpart Putin they will hear by phone on February 20, at 11 am, 1 pm in Moscow, as reported by the broadcaster BfmTv after the Kremlin had already confirmed the interview, previously announced by the Elysée.

Mortar rounds to the East

Meanwhile, mortar rounds exploded near the village of Novo Lugansk, on the front line with pro-Russian separatists, during the visit of Ukrainian Interior Minister Monastyrsky. Another Ukrainian soldier was killed in combat in the Donbass. Meanwhile, Berlin calls the Germans from Ukraine ‘urgently’. And from Monday Lufthansa will suspend flights to Kiev and Odessa. In the meantime, the EU has guaranteed immediate civil protection assistance to Kiev. “Slovenia, Romania, France, Ireland and Austria have made their first offers and I expect more assistance in the coming days from other EU member states”, said the Commissioner for Crisis Management.