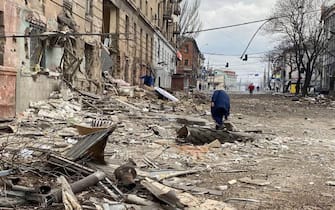 The war in Ukraine has increased fears that there will be one direct military confrontation between the West and Russia. Part of these concerns are linked to the hypothesis that a no fly zone will finally be imposed in Kiev – a possibility that is firmly ruled out – or that Moscow will attack other countries that were once part of the Soviet Union and are now members of NATO.

Article 5 of the Atlantic Treaty, at the basis of the alliance, commits all member countries to intervene if one of them is the object of an armed attack, but this obligatory collaboration is not the only strong point of the organization. In 2010, for example, it was decided to develop a missile protection system known by the acronym BMD (Ballistic missile defense)

Ukraine, what is the no fly zone and why it has not yet been imposed

As we read on the site, it is a permanent mission and strictly defensive, which is also based on voluntary national contributions and to which the United States contributes through the so-called Epaa. Its objective is to protect the populations and territories of the member countries from ballistic missiles and, to achieve it, both sensors both real weapons

Ukrainian war, Popescu: Moldova is too fragile, we fear the worst

As explained in a video made by NATO itself, dei satellites they manage to detect when a ballistic missile is launched in the direction of one of the countries of the alliance. If this happens, the NATO command in Germany is alerted, in the Ramstein base which analyzes what is happening

If it is determined that you are facing a threat, the information is transmitted to appropriate command centers and a series of sensors such as the American AN / TPY-2, which are ground based, and the Dutch Smart L Radar, which are based on the sea, they help identify and track the missile in question. This data is then shared for analysis

The video of NATO on how its defense works

Once the trajectory has been clearly delineated, the counter-offensive starts thanks, for example, to ships with the so-called Aegis system. “In this hypothetical scenario”, it says in the video, “the missile comes destroyed in space“. “Missiles that re-enter the atmosphere become the responsibility of other systems, such as the Patriot System used by Germany, the Netherlands and the United States, and the SAMP / T System used by France and Italy”

The video explains that these sensors continue to track missiles and that, when these enter the range, appropriate systems are put into operation that destroy to eliminate the danger. According to experts, however, they would not be effective against any threat

As Europa Today explains, the lack of an adequate system to respond to the above concerns hypersonic missiles and, just at the end of last year, Russia presented a type that would seem able to travel even in the stratosphere, with a speed of 11 thousand kilometers per hour

Europa Today also reminds us that a project has started to equip the European Union with a nuclear shield: it is Twister – acronym for Timely warning and Interception with space-based theater surveillance – and aims to build “a European endo-atmospheric interceptor to deal with emerging and complex airborne threats”. A group contributes to its development which is 25% owned by the Italian Leonardo but should not be ready before 2030

A wait that worries Manfred Weber, leader of the European People’s Party. “Without a nuclear umbrella, there is no freedom“, he wrote in a letter in the German newspaper Die Welt.” The basis of true European sovereignty is Europe’s ability to defend itself, at some point even with nuclear weapons ”