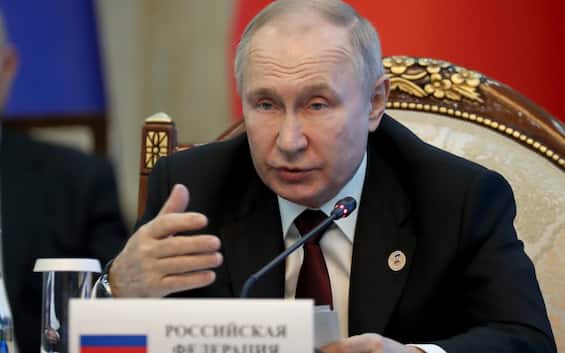 The process of solving the situation in Ukraine will not be easy, all participants will have to agree on the basis of the reality “on the ground”. This was stated by Russian President Vladimir Putin. “The resolution process as a whole, yes, it probably won’t be easy and will take some time. But one way or another, all participants in this process will have to agree according to the realities that are developing on the ground,” he explained speaking at a press conference after a visit to Kyrgyzstan (WAR IN UKRAINE, THE SKY TG24 SPECIAL – UPDATES IN REAL TIME).

Measures against the price cap are ready

“Russia will not lose from the price cap on its oil,” added the Russian president, explaining that the Russian public budget will hold up. Judging the West’s move “stupid” he warned that prices “will soar” for those who have imposed the cap. Putin then reiterated that Russia will not sell oil to anyone who complies with the price cap of 60 dollars a barrel imposed by the EU, the G7 and Australia; he confirmed that Moscow is preparing a response which will be announced in the near future days.

“Troop problems at the front far from being solved”

Putin then admitted that there are still problems with supplies to Russian soldiers in the area of ​​the special military operation in Ukraine, but the most serious issues have already been resolved. “The problems are still far from being fully resolved, but it’s a matter of time. The more serious ones, I think, are already closed. But time is needed,” Putin said during a press conference in Bishkek.

Any country that attacks Russia with nuclear weapons will be “wiped off the face of the earth,” Russian President Vladimir Putin said, quoted by Sky News. The head of state said Moscow does not intend to launch a preemptive nuclear first strike, but Moscow’s advanced hypersonic weapons ensure that Russia will be able to strike back strongly if attacked.