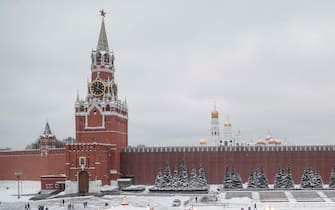 Putin was thinking of an invasion of Ukraine as early as 14 years ago. This is shown by the cables sent to Washington by the then US ambassador to Moscow, William J. Burnsand disclosed by WikiLeaks

WATCH THE VIDEO: Ukraine, Biden: Putin is a dictator

According to reports from the Messengeron 1 February 2008 the diplomat wrote that the hypothesis of an approach, or even an entry of Ukraine and Georgia into the NATO fileit was a great concern for Moscow

The theme, Burns argued, was also used by the Russian government to win the sympathies of the wing ultranationalist

“With regard to Ukraine, there is the fear that (joining NATO, ed) could split the country in two, generate violence, and push in the direction of a civil war, a hypothesis in which the Russia would be called upon to intervene militarily”Wrote Burns

The Washington Post in these days he then recalled precisely Burns’ role in Moscow in 2008, when he was indeed ambassador. At that time “Putin expressed his fixation for Ukraine”, writes the American daily

The Washington Post then cites Burns’ memoir released in 2019 (The Back Channel: A Memoir of American Diplomacy and the Case for Its Renewal), in which he himself narrates the conversation he had with Putin on Ukraine