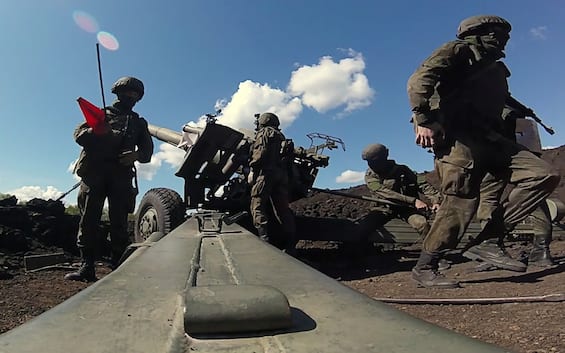 Russia’s latest move in an attempt to win the war in Ukraine is a partial mobilization of the armed forces, announced on September 21 by Russian President Vladimir Putin. Partial mobilization in Russia provides for the recall of 300,000 reservists. These will be men who have already served in the army, with combat experience and military specializations. Conscripts are therefore excluded, as explained by Defense Minister Serghei Shoigu, who added that the purpose of this decision is “to control the liberated territories” in Ukraine.

The recall of the military of the reserve has already begun with the publication of the related decree of the Kremlin. It will be the heads of the various regions who will have to ensure enrollment in the amount and timeframe established by the Ministry of Defense. “We have a huge mobilization resource that includes those who have served in the army, those with combat experience and military specialties,” said Minister Shoigu. “We have almost 25 million of these people. Therefore – he continued – it can be understood that this is a partial mobilization, 1% or a little more, 1.1% of the total mobilization resource”.

The difference with the general mobilization

The mobilization implemented by Moscow is therefore partial, a very different situation from the general mobilization that would instead affect all men of military age, aged between 18 and 65, who would automatically be considered enlistable to fight on the battlefield in Ukraine. . At the start of the conflict, Russia had employed only professional soldiers but conscript soldiers were also present in the contingent. Putin, however, had the latter recalled to avoid young victims, whose death could spark internal controversy in the country.

A general mobilization was instead immediately taken by Ukraine. Already on February 25, in the very early stages of the Russian invasion, President Zelensky had issued the decree for general mobilization “, which concerned people subject to” military conscription and reservists “. All men of fighting age (between 18 and 60) could no longer leave the country and had to make themselves available to fight.