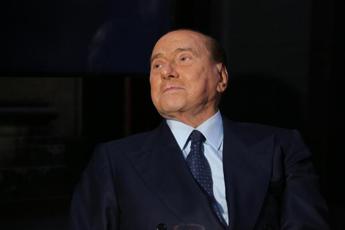 The Democratic Party: “He is the head of the Russian gas party in Italy”

“There remain the serious responsibilities of the left that allowed our dependence on Russian gas to rise from 19.9%, which is the total when we were in government, to 45.9% with the Letta government”. The president of Forza Italia, Silvio Berlusconi, said this in a statement to the Tg. “If this winter – he adds – our companies are closed and our families are cold, we will have to remember who has endangered our domestic tranquility”. “It is a very serious danger, for this very reason Europe must be united and must give a compact response on the emergency of the price of gas”, he continues. “Since 2002, we have been asking Europe to give itself a common policy for foreign and defense policy, now we must also ask for it on energy”, he says.


A close turn comes the replica of the Democratic Party. “Silvio Berlusconi, alias the head of the Russian gas party in Italy, has the decency to remain silent on our country’s dependence on Moscow. The renegotiation memorandum between Eni and Gazprom, which reviewed the thirty-year agreement of 1999, was signed in full was Berlusconi’s ruler at Palazzo Chigi. Does he deny the directives sent to the Italian state company to review the value of the raw material? Perhaps he has forgotten how Mincato was ousted, to open the doors to the season of those who did he call Russia ‘the European Texas’? “, says Enrico Borghi, from the secretariat of the Democratic Party.

“In the long Berlusconi season, due to the renegotiation of contracts and the push for strong collaboration with Russia under the banner of personal friendship between Berlusconi and Putin, the phase of our subordination and our dependence on Moscow began. Draghi tried to break, with precious and courageous work, which found sensational obstacles in Parliament precisely in the pre and post Berlusconian right. If today Russian gas is a national security problem, we owe it to Arcore and to those governments. have the decency to remain silent “, concludes Borghi.