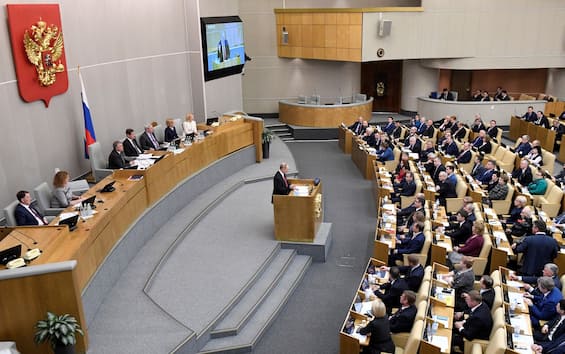 The Duma, the lower house of the Russian parliament, has passed a law banning LGBT propaganda in Russia. The Tax reports it. The law provides for fines of up to 10 million rubles “for LGBT propaganda, gender reassignment and pedophilia”. In the third and final reading, the Duma adopted amendments that significantly expand the scope of the already highly controversial law, in the midst of a conservative shift by the Kremlin accompanying its military offensive in Ukraine (LIVE UPDATES).

Offenders will have to pay fines of up to 10 million rubles (over $165,000), which will be maximum in the case of propaganda directed at minors. There are separate penalties for foreigners, with fines ranging from 50,000 to 400,000 rubles (between $850 and $6,600). In any case, deportation is foreseen for foreigners, which can be preceded by a 15-day detention. The new law, which Putin could sign by the end of the month, extends the controversial provision of 2013 on the ban on LGBT “propaganda” aimed at minors.

Volodin: “The law will protect against widespread darkness from the US and European countries”

Among the authors of the text are 400 deputies, including the speaker of the Duma, Vyacheslav Volodin, a loyalist of Kremlin leader Vladimir Putin. “Promoting non-traditional sexual relations is prohibited (…) This solution will protect our children and the future of this country from the darkness spread by the United States and European countries,” Volodin said in a statement.