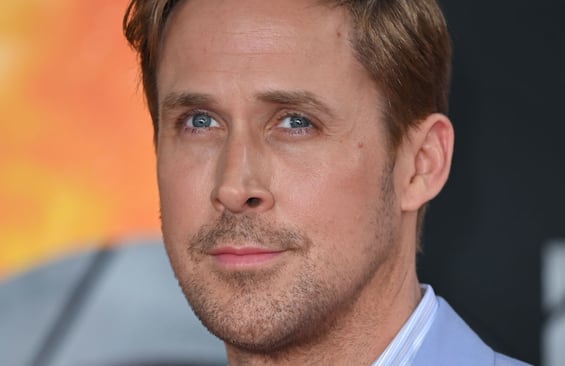 What was he doing Ryan Gosling in Sydney? Why did he seem ready to jump out of a five-story parking lot? But above all… why was he dressed up as an American college cosplayer in a teen movie? Obviously there is a professional reason for answering these sacrosanct questions which, without preceding the proper context, would make us fear the worst for the actor of Blade Runner 2049. Gosling is in fact busy filming The Fall Guythe film inspired by a famous series of the same name from the 1980s (which we received under the title of Danger profession).

We thought that after seeing Ryan Gosling in the flashy role of Ken’s Barbie, nothing would have surprised us anymore. Evidently we were wrong because the lead actor of La La Land he chose to appear completely transformed on the set of his latest effort The Fall Guy. From the photos it seems to be in front of a Kevin Smith clone when he wears the role of his character Silent Bob. The outfit of a bearded and disheveled Gosling like never before contributed to the disorientation of many, who had a hard time recognizing him: black jeans, white shirt, red jacket and turned baseball cap. Dressed like this, the star faced one of the most emotionally difficult scenes in his next job: the one in which, after putting on a pair of sunglasses, he appears ready to throw himself off a five-story parking lot.

Let’s hope he falls for it

The spectacular moment acquires a new meaning if it is inserted in the context of the film, inspired by a series set in the world of cinematic stunt-men. The Fall Guy it was in fact originally a moderately successful show in the Eighties, starring two stunt performers with a very particular second job: the bounty hunters. From 1981 to 1986 Colt Seavers and Howie Munson, played respectively by Lee Majors and Douglas Barr, raged on small screens for a total of 112 episodes spread over five seasons. In the series, our heroes used their physical prowess and knowledge of stunts to catch criminals when Hollywood wasn’t calling for intercourse. Joining them in their endeavors was the resolute Jody Banks, played at the time by Heather Thomas and today ready to be replaced by the British star Emily Blunt. Judging from the first pictures, The Fall Guy is preparing to be an unmissable film for those who love spectacular action scenes and the slightly kitschy and excessive fashion of some time ago.