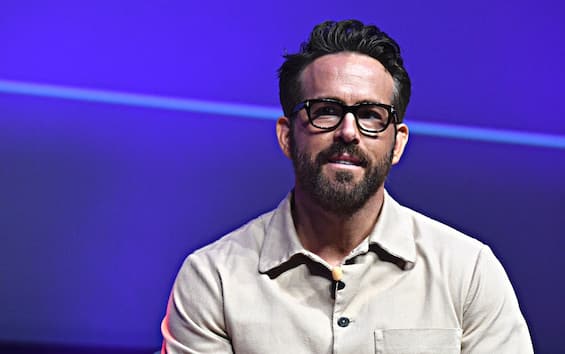 After losing a bet, Ryan Reynolds had to have a colonoscopy to pay pledge. An invasive examination done just as a joke, but which allowed him to discover that he had an octopus, which was removed in time. That’s why the actor along with the friend he made the bet with, Rob McElhenneyhave decided to make a video to promote preventive colon screening, in order to discover possible cancers.

Ryan Reynolds And Rob McElhenney they are actors, friends and co-owners of a Welsh football team. It all started with a bet: last year the two friends, who admitted to being very competitive, bet that if McElhenney had learned to speak Welsh, Reynolds would have had a colonoscopy and would also have it again. McElhenney, surprisingly, learned to speak Welsh, a notoriously difficult language, and Reynolds was forced to go to the hospital with a film crew. In the video you can see the star of Deadpool as he heads to the operating room, explaining that if it weren’t for the bet he would never have undergone a medical procedure in front of the camera. The decision to be filmed, however, was also dictated by willingness to raise awareness “about something that will surely save lives” and for this reason the video was made in collaboration with the Colorectal Cancer Alliance and Lead From Behind, an organization that deals with the prevention of colon cancer. “The procedure itself doesn’t take long. We’re talking about 30 minutes, something like that, ”a doctor explained to the actor as he was taken to the operating room. “It is extraordinarily effective.” During the exam, Ryan Reynolds was found an “extremely small octopus” on the right side of the colon. The doctor removed it, “interrupting a process that could have turn into cancer and cause all kinds of problems “. The doctor added: “That’s why people have to do it. They really need to do it. This saves lives. Pure and simple “.

Although it was Reynolds who lost the bet, McElhenney, 45, also decided to undergo a preventive colonoscopy. His doctor removed three polyps. “Getting there on time is key,” McElhenney’s doctor said, adding that colon cancer is a “100% preventable disease” if people get recommended colonoscopies. There has been a lot of talk about colon cancer in recent years. – right, also due to the death in 2020 of the 43-year-old star of Black Panther Chadwick Boseman. According to the American Cancer Society, the growing awareness of the importance of preventive screening has caused diagnosis rates to decline in recent years.