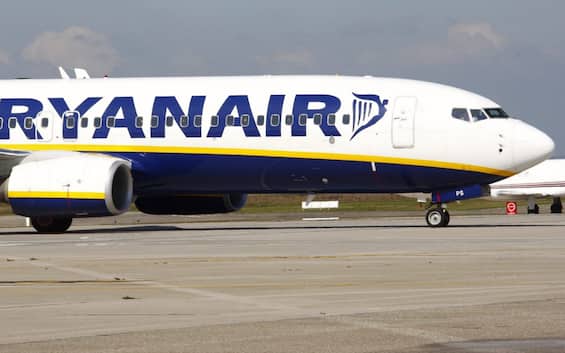 The British energy giant has pledged to supply 360 million tons of green fuel in over 200 European airports where the Irish airline operates. A move that brings the carrier closer to its goal of zero emissions by 2050 and provides a decisive boost to sustainability in the sector

Ryanair and Shell together for an increasingly green air transport. Indeed, yesterday the two companies signed a memorandum of understanding under which the British energy giant undertakes to make sustainable aviation fuel (Saf) available in over 200 European airports where the Irish airline operates. with particular focus on Dublin and London Stansted. A step that promises to save almost one million tons of CO2 between 2025 and 2030.

“Although the use of sustainable aviation fuel is a key factor in decarbonising aviation, this solution currently accounts for only a small fraction of global aviation fuel consumption,” said a Ryanair statement. He continues: “The agreement with Shell offers us potential access to 360 million tonnes between 2025 and 2030, saving over around 900,000 tonnes of CO2 emissions, the equivalent of 70,000 flights from Dublin to Milan”.

The low-cost carrier has set itself ambitious environmental targets, aiming for 12.5% ​​Saf usage by 2030 and net-zero emissions by 2050. “Today’s agreement helps us gain access to around 20% of this ambitious milestone,” Sustainability Director Thomas Fowler told the group’s Sustainability Day. Jan Toschka, president of Shell Aviation, added: “It’s great to implement our partnership with Ryanair to see what we can achieve together.” He added: “This initial agreement demonstrates that both companies recognize that SAF is the key to achieving a zero-emissions future for aviation.”