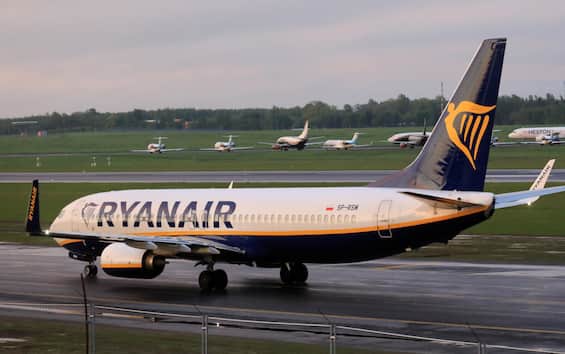 “Flights at 9.99 euros are not sustainable in this period with the increase in fuel prices, but as soon as the kerosene costs less, the average fare will also drop”, reveals the group’s CEO during an interview with Courier

Ryanair aims to double the number of people to transport, which are already almost half of the passengers in Italy. And to do it without raising tariffs, because – according to what the CEO of the group Michael O’Leary al Courier “the era of low cost flights is not over at all. Of course, flights at 9.99 euros are not sustainable in this period with the increase in fuel prices, but as soon as kerosene costs less, the average fare will also drop”.

O’Leary adds that the summer was “fantastic” in terms of numbers, with growth in Italy “of 25% compared to 2019”, but that with the autumn comes uncertainty because there is the threat of a ‘other variant of Covid, we have the Russian invasion of Ukraine still in progress and there is the energy crisis which has made consumers nervous also about inflation. “The Ryanair CEO then specified that Italy is still behind Spain as a market and that we “are slowly recovering those European visitors we had in the 1960s and which we lost in the following decades. Spain “not only offers more hotels” – continues O’Leary, but in general has more places to sleep, and offers them at affordable prices. On the contrary, Italy has become more expensive in the last twenty years and has fewer hotels. Italy is perfect for visiting the big cities, but when one has to go to Rimini, Bari, Brindisi or Sicily, finding a place in a hotel becomes a problem. We can bring millions of people but then they can’t book a room. “

O’Leary talks about an average rate increase of 6-7% compared to three years ago. “We bought the fuel we need until March 2023 at 63 dollars a barrel against a current cost of 110 dollars, so we are saving unlike other carriers. The era of low cost is not over: in a context in which where kerosene costs so much you will hardly get the low fares we have been selling recently. What I expect is that Ryanair’s average fare over the next five to six years will rise from 40 to 50 euros. Prices in Europe will increase , but slowly. And if we don’t see flights at 9.99 euros there will be many at 19.99 or 24.99 euros “.

In Italy no strike

In Italy there is still room for growth – O’Leary underlines -, “but honestly we are not looking at the market share. We aim to transport between 60 and 80 million within a few years”. Then on the strike announced by some unions on 1 October: “No, there will be no strike, there will be no canceled flights. We reached a 5-year agreement with the acronyms representing the pilots and 4 years with the unions of the flight attendants “.