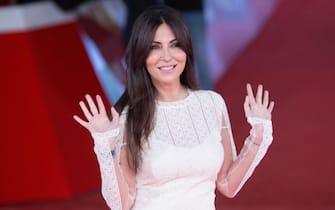 Sabrina Ferilli is the co-host of the Sanremo 2022 final. ”I didn’t know Amadeus personally, we met casually in different situations and we always greeted each other with esteem and affection. When he invited me I was happy “she said, during an interview with TV Sorrisi e Canzoni

“I will make available the songs, of what is to come. Then a couple of moments will be studied, of course, but mainly I think it pays to stay as calm as possible ”he continued

Sanremo Festival 2022, the lineup of the final evening: guests and singers in the competition

For Sabrina Ferilli, however, this is not a debut. The Roman actress took the Ariston stage for the first time in 1996, leading it together with Pippo Baudo and Valeria Mazza. She and she returned in 2002 and then in 2012, singing her together with Gianni Morandi

Sanremo 2022, Jovanotti and Gianni Morandi go wild with a medley of successes

Born in 1964, Sabrina Ferilli made her acting debut in the 1990s. And she achieved notoriety with The good life by Paolo Virzì (Silver Ribbon for Best Actress in a Leading Role)

The one with Paolo Virzì was (and continues to be) a winning partnership for his career. In 2008 she starred in the film Whole life aheadonce again winning the Silver Ribbon

At his side, after the shipwrecked marriage with Andrea Perone, is Flavio Cattaneo. Her manager has been her husband since 2011

Capable of skilfully alternating busy films and cinepanettoni, she was a judge of Friends of Maria De Filippi and of Tu si que vales (Maria De Filippi is one of her greatest friends)

Opening godmother of the Rome Film Festival in 2013, she took part in The great beauty by Paolo Sorrentino (Oscar for Best Foreign Film)

His latest projects were the TV miniseries Wake up my love (2021) and, expected in 2022, Pieraccioni’s film The sex of angels