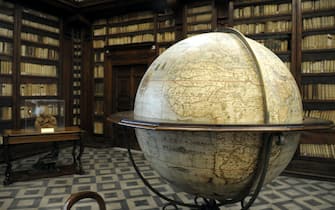 Between 5 cities perceived by citizens as the most dangerous in Europe there is also an Italian one: it is Cataniawhich ranks fourth in the ranking drawn up by Numbeo and continuously updated. Numbeo is a database in which users provide information on cities and countries by answering surveys. Among other things, theCrime index by city. Here is the ranking, updated at 10 pm on July 20, of the places perceived as less safe

WATCH THE VIDEO: Economist: the ranking of the most pleasant cities

Quality of life in Italian cities: the 2022 ranking of the Sole 24 Ore

Looking atEuropethe city that is most dangerous is Bradford, in the United Kingdom: 71.24. The UK still follows with Coventry (68.35). In third place Nantesin France (65.77)

Milan sixth among the most searched cities in the world on Google: here is the ranking

Price increases, from bills to shopping: the cities where prices have risen the most

The Italian data, we read on Numbeo, “Are based on the perceptions of site visitors over the past 3 years”. 3,651 people took part in the surveys by answering questions about the perceived level of crime in their city, the changes they have seen in the last three years, the sense of security they feel walking day or night