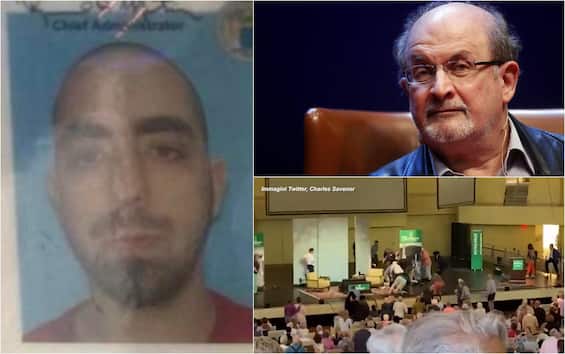 Iran has “categorically” denied any connection with writer Salman Rushdie’s attacker. This was announced by the government. Unique in the Biden administration so far, US Secretary of State Antony Blinken has explicitly accused Iran of at least inspiring the attack on Salman Rushdie. “Iranian institutions have been inciting violence against the writer for years and the state media in recent days have cheered on the attack on him. All of this is despicable,” Blinken said in a statement released by the State Department. “The US State Department joins those in the United States and around the world who are turning their thoughts to Salman Rushdie in the aftermath of this hateful attack”, reads Blinken’s note. “Not just a giant of literature, Rushdie has always fought for the universal value of freedom of expression, faith and the press – the words of the secretary of state -. The American president has been criticized by Republicans for not explicitly accusing Tehran. and for not interrupting nuclear negotiations.

Salman Rushdie has been unplugged from the respirator and is now able to speak again. The writer’s agent, Andrew Wylie, spoke of damage to the liver, the nerves of an arm and above all the risk that the writer could lose an eye. The agent later explained in a statement to the Washington Post that Rushdie is “on the road to recovery.” “The injuries are serious, but his condition is on the right track,” he said. Healing, he added, “will be a long process”. The 75-year-old writer was stabbed on August 12 during his speech at a convention in New York State. Rushdie was reportedly stabbed three times in the neck and four times in the abdomen and is now hospitalized in Erie, Pennsylvania.

Meanwhile, Scottish police said they are investigating a report of an “online threat” against writer JK Rowling that came after a tweet expressing her condemnation of Salman Rushdie’s stabbing. The Harry Potter creator said she felt “very bad” after hearing the news and she hoped the writer “was okay.” In response, one user said “don’t worry, you’re next.” After sharing screenshots of the threatening tweet, Rowling said the police are aware of these threats. A spokesman for the Scottish police said: “We have received a report of a threat online and officers are conducting investigations.”