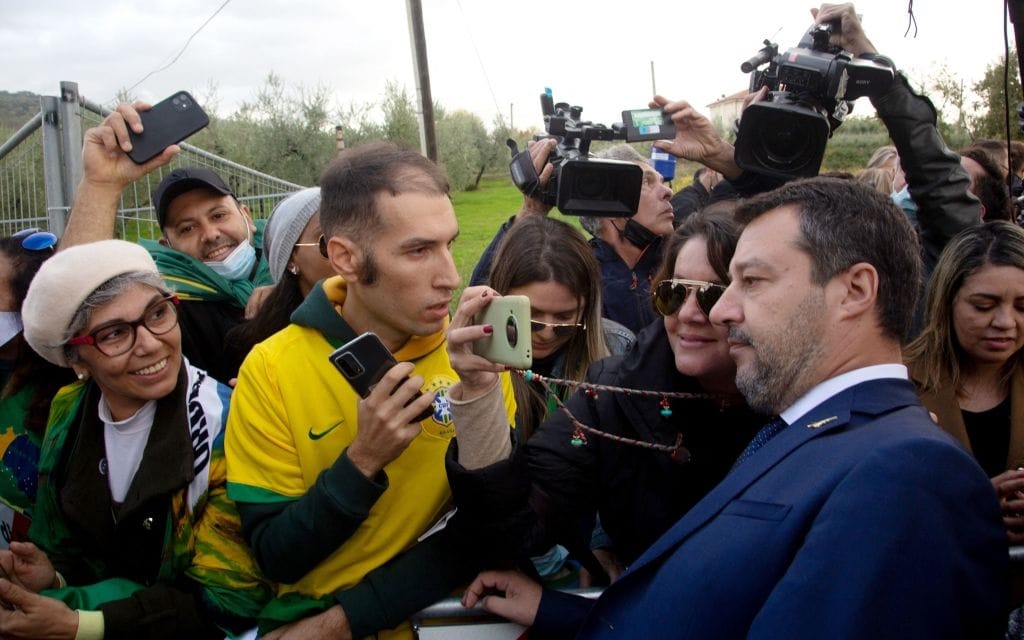 “Political controversy is not admissible when it comes to people who have fallen in war to give us freedom”, added the leader of the League.

“I apologize to the Brazilian people, whose children have given up their lives for the freedom of our country”. Matteo Salvini said this, commenting on the controversy over the visit to Italy of President Jair Bolsonaro who is in Pistoia this morning to honor the fallen Brazilians who had fought Nazi-fascism. “Incredible controversy”, continued the leader of the League: “Honoring the fallen should be outside the political controversy”.

“The friendship between the peoples of Italy and Brazil goes beyond political distinctions. I apologize for the polemics of a few in a day of remembrance, honor, valor, courage and freedom, as it is today. friendship between our peoples goes further and is much stronger than the controversy of a few who do not represent the Italian people “, added Salvini who then underlined:” There are those who manage to make a controversy about the fallen in war. Bolsonaro is the elected president of a friendly republic, who came here today to remember thousands of soldiers who fought to free Italy from the Nazi-fascist dictatorship. It is surreal that it will be contested. The controversies are incredible “.

“Political controversy is not admissible when it comes to people who have fallen in war to give us freedom – added Salvini referring to the distancing of the mayor of Pistoia and other political representatives of the Tuscan city – it is embarrassing, towards a person and who was received by Mattarella and Draghi. The political controversy should leave the cemeteries alone. Honoring the fallen should be outside the political controversy “, concluded the leader of the League.

Yesterday Bolsonaro, a veteran of the G20, went to Anguillara Veneta in the province of Padua. He was there to receive honorary citizenship of the city from which his grandparents left for Brazil. The president was received in a bittersweet way. While a crowd greeted him with cheers, cheers and Brazilian songs, according to police estimates around 200 people participated in the authorized sit-in in front of the church against him. Two opposite ways of welcoming Bolsonaro and the honorary citizenship he received.