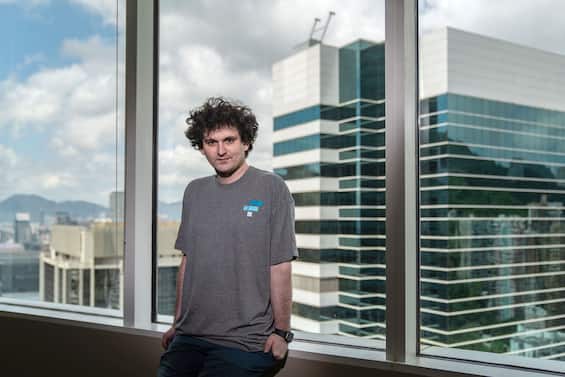 Fallen from grace within a few weeks, with bankruptcy and resignation as CEO, the 30-year-old American entrepreneur was considered among the most original and admired of his generation. A popularity and heritage built in five years and faded in a very short time, before today’s arrest in the Bahamas

He was one of cryptocurrency’s best-known, original, and most admired billionaires, at least before falling from grace within weeks, filing for bankruptcy, and stepping down as CEO of Ftx, the world’s third-largest cryptocurrency platform (assessment as of February 2022, 32 billion), which he founded in 2019. A month after the bankruptcy of FTX, Sam Bankman-Fried, 30, was arrested in the Bahamas.

Sixtieth on the list of the world’s billionaires Forbes, founder in 2017 of Alameda Research, a trading company focused on digital currencies, Sam was estimated to have net worth that peaked at $26.5 billion before the crash. His net worth fell 94% in one day to $991.5 million, according to the Bloomberg Billionaires Index, the biggest one-day decline in the index’s history. It had taken him five years to get to the top, but it only took a few weeks for him to write on Twitter: “I did something stupid and I should have done better”.

The landing in cryptocurrency trading in 2017

Born in Stanford, in 1992, the son of two law professors at the prestigious Californian university, he graduated in physics and mathematics from MIT in 2014 and worked in the trading of listed investment funds before moving on to trading cryptocurrencies at the end of 2017. Democrat supporter, vegan, resident in the Bahamas with 10 roommates-colleagues, curly hair, T-shirts and sweatpants, Sam looks more like a college student than a finance guru: perfectly in line with the anti -establishment which is the figure of cryptocurrency enthusiasts.

A different model of wealth

A former billionaire with a net worth of nearly $17 billion and on the list of the 100 richest people at just 30 years old, before the crack Bankman-Fried represented a different model of rich man: altruistic by definition, he was considered a modern JP Morgan for having rushed to rescue ailing crypto firms before his own firm exploded. Like governments bailing out banks during the 2008 global financial crisis, he has begun extending emergency liquidity offers to companies caught up in the early 2022 carnage that followed the $60 billion crash of stablecoin TerraUSD. He specialized in crypto arbitrage, the strategies of buying cryptocurrencies on one exchange at a low price and selling them on another exchange at a higher price. As for Alameda Research, the company that Bankman-Fried used as a liquidity provider for FTX, it was the probable cause of the final disaster.