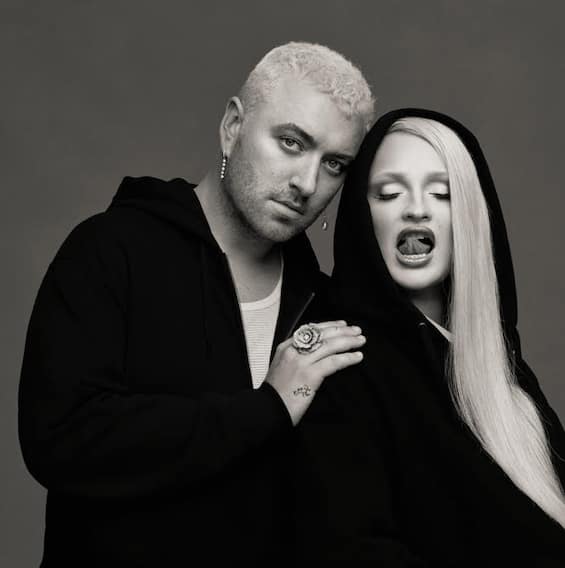 For Unholy his new single, Sam Smith has brought together an unparalleled cocktail of collaborations, uniting the superstars of the production ILYA (Max Martin, Ariana Grande, Jennifer Lopez), Blake Slatkin (Lizzo, 24K Golden), Cirkut (Nikki Minaj, The Weeknd ), Omer Fendi (Lil Nas X, The Kid Laroi), as well as Jimmy Napes and the pop diva Kim Petras. Registered in Jamaica, Unholy is the pivotal single from his highly anticipated fourth studio album (whose release date has not yet been announced), built around a sensual Arabic scale, the song is a multi-voice sound collage, with immediate club appeal. The song denounces a cheating husband who leaves his wife and kids at home to have fun, taking inspiration from LA’s infamous Sunset Strip club, The Body Shop.

Unholy is definitely the boldest single ever released by Sam Smith who describes it as follows: “Unholy was made in Jamaica and it was one of the most glorious creative moments I’ve ever experienced as an artist.ə so much to make a record. It was so cathartic and liberating to experiment this way and throw the rules away. It was also an honor to work with Kim Petras and witness her genius. This song is about liberation from the clutches of other people’s secrets … “.

Kim said: “I’m a huge Sam fan. It’s nice to meet an artist who writes so well and has a vision of his own. I had a great time in the studio. Hto really believed in me and encouraged me to be totally myself. I feel honored that she chose me for this song. “

From the debut album n. 1 In The Lonely Hour (2014), the best-selling debut album of the decadeSmith has amassed a constellation of extraordinary results: 35 million albums sold, 250 million singles, 45 billion cross-platform streams, four Grammys, three BRITs, six MOBOs, a Golden Globe, an Oscar, two albums at n. 1, five singles at no. 1, two singles at no. 1 as vocalist for Naughty Boy’s club banger (“La La La”, 2013) and Calvin Harris (“Promises”, along with Jessie Reyez, 2018).