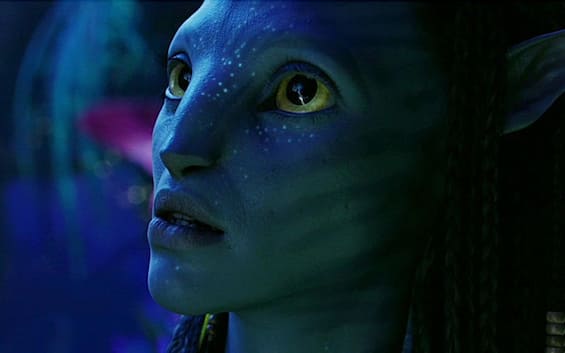 When Avatar went out we all remember the extent of the event. Entering the room and immersing ourselves in the Pandora universe was an extraordinary experience for most of us. The spectator at the cinema ended up being infected by a genuine wonder when he found himself admiring the avant-garde technique with which an entire world was created from scratch. Today, thirteen years later, the protagonist of that blockbuster Sam Worthington he confesses that he felt the same childish surprise as the spectators even just reading the pages of the script.

From 22 September Avatar will return to theaters in a new, more glittering look than ever, an event that will serve as a viaticum for the long-awaited sequel, expected in mid-December. But there is someone who remembers when the film was just a visionary project to be imagined with your eyes closed, Sam Worthington. In the film, the actor plays former marine Jake Sully on a mission to the planet Pandora, a magical place that, when the actor received the script, was only in the head of the great director James Cameron. Worthington recalled that the question he asked himself most often when reading those pages of scripts was: “How are we going to do this?”. Some parts even spoke to him of such abstract ideas that it left him confused: “When I first read the script there were things like floating mountains, Thanators, all of which I had no idea, I didn’t understand what that one was talking about. man”. The feeling of being in a new world, without having the necessary coordinates to orient themselves, did not leave the cast even at the time of filming: “My greatest memory linked to finding myself in that studio was playfulness, because it was that was the light atmosphere in which we did everything. There was Jim (Cameron) who came to the set every day and said, ‘Look, I’m going to build something that will become the hanging mountain, and I need you to jump from there. Then people will come to attack you, they will then be replaced by Viperwolves’ “. If Worthington did not ask too many questions and let himself be carried away by the director’s imagination, it is also because, despite all the inventions, the story of Avatar it was and still remains a universal fairy tale: “I think this is the story of a boy who goes to another planet to look for something. Trying to belong to something. In Pandora he eventually finds what he yearned for in another culture he knew nothing about ”.

Spin Avatar it required the actors a unique effort: you had to go back to being children and play with your imagination, pretend that you had a mountain in front of you even when there was nothing in front of it that looked like it. The film’s female co-star Zoe Saldana he remembers that experience using words not too different from those of his colleague: “Every time I walked into this big gray and sterile theater in which it was freezing, wearing some kind of pajamas, Jim was ready to follow me with his camera . It was a game, as Sam says, because my imagination has never been more boundless than when I was working on that film. The last time I used it a lot it was as a child ”.

But today, what sense does it make to propose that extraordinary work again? Isn’t there a risk of losing all the charm that comes with it, re-proposing it now that technology has made significant progress? James Cameron thinks the answer to this question is a sharp no. “Now that we have remastered Avatar in 4K, in high dynamic range and in some sections of the film at 48 frames per second, it is more beautiful than it has ever been. Anyone under the age of 22 who has become a fan of the film has discovered it outside the cinema and watching it like this is like not having seen it, ”says the director. The return to Pandora thirteen years later is therefore an unmissable experience for those who were already there but above all for those who at that time were not yet the right age to fully appreciate it. The feeling is that certain films help to remember what the magic of cinema is more than a thousand essays, even years later. Welcome to our rooms.