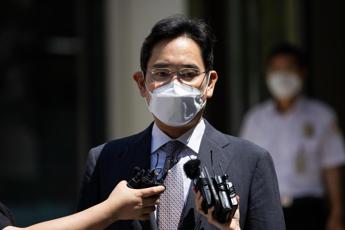 Samsung Electronics Vice President Jay Y. Lee will receive presidential pardon next Monday, as announced by the South Korean Ministry of Justice. Lee was released on probation last year after serving 18 months in prison, accused of attempting to bribe the country’s former president, Park Geun-hye. Lee had been banned from working for five years, and his freedom to travel was curtailed, but now the state’s pardon will allow the 54-year-old to return to the top of the company. Lee, grandson of the founder of Samsung, with his return should unlock various internal situations in the company, and accelerate the decisions on new plants to open and new strategies to be adopted to reason the chip supply crisis, as well as addressing the difficulties deriving from the pandemic. and inflation. A spokesman for the Korean government said pardon for the leaders of large tech companies is needed to tackle the economic crisis, create jobs and make the country competitive in one of the main sectors for South Korea.