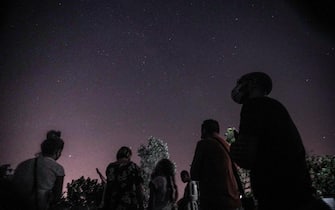 The August 10 the classic appointment with the shooting stars on the night of San Lorenzo. However, this year’s show will be partially compromised by the full moon, so it is better to wait for the final part of the evening. Here’s everything you need to know

Hunting for stars, the lessons of the Lady of the comets

The protagonists are the Perseids, also known as the Tears of San Lorenzo, due to the grains of dust left by the comet Swift-Tuttle that burn on impact with the earth’s atmosphere, producing spectacular trails of light in the sky

Night of San Lorenzo: 1.8 million Italians choose a holiday in a camper, tent or caravan

The peak this year will be in the nights between 11 and 13 August during which, in conditions of perfect visibility, in very dark places, up to 100 meteors could be observed per hour

According to experts, the best time to point the nose upwards it will be after midnight on August 13th and until the very early hours of the morning, before dawn

The Perseids are visible even to the naked eye. It will still be necessary to go away from light pollution to appreciate them to the fullest

The shooting stars will therefore be seen better with a dark and clear sky. Among the most recommended places are the pratoni su hills and mountainsbut also remote beaches